Editor’s Note – Too often these days, the Pentagon acts more like a political arm of the administration than the warriors they are supposed to be. As the Chairman of the Joint Chiefs, General Dempsey has far more to deal with in his own duties than to make political statements to support his boss.

Former Defense Secretary Gates seems to have more of an idea than Dempsey on the importance of doing your job, and not leaking information:

Robert Gates, the former defense secretary, reportedly blasted the national security team in the Obama White House for blabbing about the raid to kill Osama bin Laden. “Shut the f— up,” Gates told Tom Donilon, who is now Obama’s national security adviser, according to a book by New York Times reporter David Sanger.

Shouldn’t Dempsey being giving the same advice? Shouldn’t he be defending those who have already made the sacrifice – in support of those now doing the same?

Who has more standing in these manners? Tom Donilon, or the OPSEC Education Project? Donilon is completely unqualified, incompetent, and naive – and Dempsey has lost focus at a minimum. Remember your oath General, Obama and team have certainly forgotten theirs.

Has General Martin Dempsey, Chairman of the Joint Chiefs of Staff, made himself a political shill for the Obama Administration?

According to Fox News, General Dempsey criticized a group of former military and intelligence operatives for its aggressive campaign against President Obama, telling Fox News that he is “disappointed” by such political activity, which he called “not useful.” 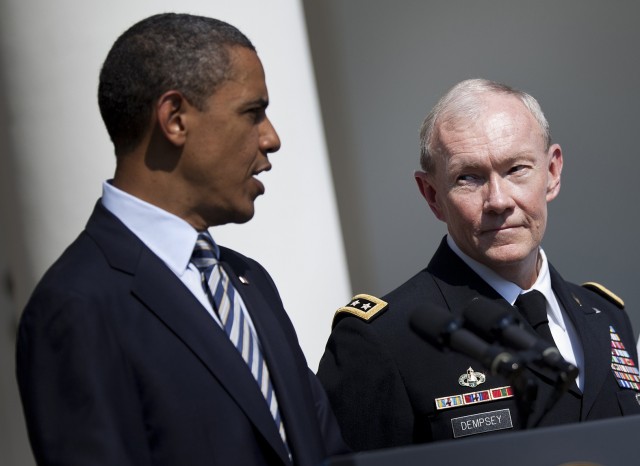 Specifically, Dempsey denounced a group of former CIA agents, Navy SEALs and other military members, the Special Operations OPSEC Education Fund, who recently released a long-form political ad blasting Obama for security leaks on his watch, as well as suggesting he has taken too much credit for the SEALs raid in Pakistan that killed Usama bin Laden.

Those seem to be legitimate criticisms made by knowledgeable and experienced individuals.

Dempsey, however, said as the steward of his profession — the military — he thinks it imperative that the military remain “apolitical.”

Nonsense. They are civilians.

This is nothing less than a blatant attempt by Dempsey to silence criticism of Obama because it makes him look bad to the Administration that appointed him.

One imagines the Obama campaign dressing down Dempsey: “Can’t you do something to control your people?”

Like myself, members of the Special Operations OPSEC Education Fund are now private citizens, whose freedom of speech is protected by the Constitution, the founding document Dempsey took an oath to “support and defend.”

The Obama Administration filed a lawsuit in Ohio that would diminish the rights of military voters.

Perhaps General Dempsey would also prefer that present and former members of the military not be permitted to vote because that would be making a political statement.

It is important to note, however, that military officers become generals largely because of their political savvy and their ability to “work the system.” Dempsey can be forgiven for protecting his position in the halls of power, carefully navigating past and present political minefields.

To use Obama’s own dismissive comments regarding the criticisms made by the Special Operations OPSEC Education Fund, Dempsey’s words should not be taken too seriously; “this kind of stuff springs up before election time.”

Instead of dabbling in election year politics, the nation would be better served if Dempsey took his own advice and remained “apolitical” focusing his attention on issues affecting the health and effectiveness of the military, not protecting the flank of the Obama Administration.

I remind General Dempsey that thirty-eight soldiers killed themselves in July, the worst month for suicides since the Army began releasing figures in 2009. 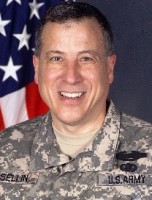 If soldiers continue to take their lives at the current rate, the Army will lose about 200 active-duty troops this year, a number that is significantly higher than any year in the past decade.

Attend to your duties, sir. Curtailing free speech by civilians is not one of them.