What is next in America?

Is The Coronavirus A ‘Crystal Ball’ Into Socialism And Bigger Government 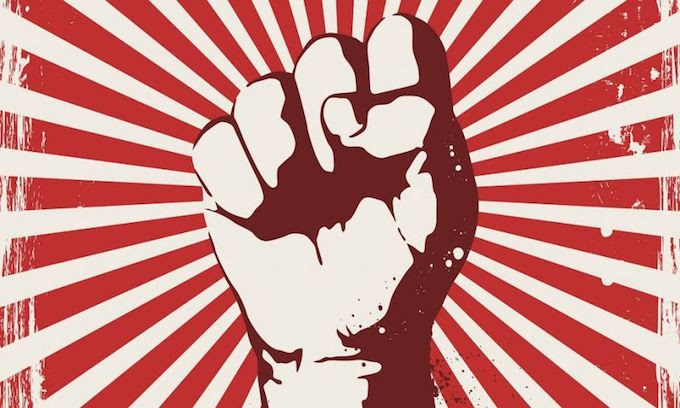 This time in history demonstrates that the government has too much power. It can completely control our lives. It can shut down businesses indiscriminately. It can keep us in our homes. It can shut down gas stations to keep us in place. It can do anything it wants because it has too much power. Then, there are those who want to take our weapons from us too. Wake up America! Those who want government to have more and more power are fools. We the people are losing power over our own lives. We need to protect our rights guaranteed us by the Constitution, especially the 1st and 2nd Amendments.

For those who want more government in the form of socialism, please take note.

The coronavirus has given government the ability to pick winners and losers. Gov. Phil Murphy (D-NJ) has closed all gun shops and stopped all gun background checks but has allowed medical marijuana shops and liquor stores to stay open. This is the same governor who has banned the use of plastic bags. That ban will start very shortly. It is going to be a real comedy to watch all the shoppers leaving grocery stores trying to carry out their groceries as well as their kids!

Abortion is not life saving. Quite the contrary, abortion kills! Yet Gov. Murphy, along with his wife Tammy, insist that abortion clinics remain open. Closings are indiscriminate depending on who is doing the closing! They can even close churches and use Corona as an excuse. Who is to say that closures will not be permanent? After all, they have the police and military at their disposal.

For example, Mayor Deborah Frank Feinen (D) of Champaign, Illinois, signed an executive order to give herself the power to ban the sale of guns, ammo, and alcohol after declaring a citywide emergency to address the coronavirus. In addition, she has the power to cut off access to natural gas, water, and electricity and the ability to “take possession of private property” and order the temporary closing of businesses.

Chicago Mayor Lori Lightfoot (D) said she is considering shutting down public areas and made it clear that anyone breaking this new measure will be fined or possibly arrested So, I guess it will be a violation even to go out to exercise. Has any one told her that sunshine and fresh air kill the virus?

Some liberal politicians have had some very novel ideas about how to handle the coronavirus. Congresswoman Ayanna Pressley (D-MA) said, “I think now would be the time to commute some sentences, to exact clemency, and to take care of our most vulnerable. Ten percent of those incarcerated are over the age of 60 and already have an underlying condition. We should be using compassionate release.”

And then there are the liberal politicians who can only complain about Republicans who are doing what Democrats are also doing. Congresswoman Ocasio-Cortez (D-NY) attacked Republicans over the stimulus bill. Would someone please tell her that every Democrat voted for the bill including herself!

The power grab actually did not start with the outbreak of the coronavirus. It was not very long ago that former mayor of New York City, Michael Bloomberg (D) banned the sale of sugary drinks over 12 oz.

And how is it that government has gotten all this power? We can only blame ourselves! Government has the right to do the things “We the People” have allowed! It did not start over night or with the outbreak of the coronavirus. It has been a steady erosion of our rights and freedoms, very much as the example of boiling a frog. Put it in cold water and slowly turn up the heat. If you tried to place it in hot water, it would jump out.

Our economy has been one of the biggest victims of the coronavirus. Tens of thousands of businesses have been forced by government to close. Millions of people have been thrown out of work. We have been told what we can buy and the quantity limited. And now mayors and governors around the country are mandating that we are not allowed to leave our homes! Not saying that the coronavirus outbreak is not serious, but every year we go through a flu and virus season. The Center for Disease Control estimates that up to 42.9 million people got sick during the 2018-19 flu season. 647,000 people were hospitalized and 61,200 died. That’s fairly on par with a typical season, and well below the CDC’s 2017-18 estimates of 48.8 million illnesses, 959,000 hospitalizations, and 79,400 deaths. But even though tens of thousands died last year do to the flu, not a single school or business was closed, and no one was put out of work or ordered to stay home.

Is it a mere coincidence that this is a presidential election year? It is no secret the media hate Donald Trump. Maybe it is the media and their friends on the left that have created this panic. Again, I am not saying this is not serious. It is. But can this all be seen as an attempt to destroy our once booming economy, to destroy the Trump presidency, and for the left and the Democrat party to regain power?

Coronavirus is just the latest example of how liberal politicians “never let a crisis go to waste.” It will be very interesting how these “temporary powers” become permanent laws that will burden us forever!

And speaking of never letting a crisis go to waste, expect to hear the cry from towns, municipalities, cities, counties, and states that the coronavirus has stripped their resources and insist on state and federal bailouts and tax increases! This would add more insult to injury to the American worker and taxpayer who are already victims of poor government financial oversight! It would be no surprise to me if the politicians who are getting us into this mess are already salivating over these prospects!

We must ask ourselves this question: Are we setting up a very dangerous precedent? Again we must go back to history to see how other epidemics have ended. Even the Spanish flu epidemic of 1918 that killed several million people worldwide ended with the summer season. I can guarantee you this, come next winter there will be another flu epidemic. It may not be the coronavirus strain, but millions of people will get sick, thousands will die, and not a single school or business will be closed, not a single person thrown out of work, or a population quarantined. And why will that be? Our 2020 presidential election will be over.

We Americans also need to be asking ourselves another question. Who are we going to trust to rebuild our economy? Who has the knowledge and the proven track record? Is it Joe Biden, Bernie Sanders, Hillary Clinton, or even Michelle Obama? NO. Donald Trump is the only one with the knowledge of economics and the proven track record to bring us back to the robust economy his policies created before the coronavirus. We are fortunate to have a Donald Trump who knows how to create a booming economy, and again, he is the only one with the track record to prove it.

Never should we give government absolute power over our lives. That just makes us all slaves to the government. We the people must be vigilant and hold our politicians accountable to protect our freedoms guaranteed to us by our Constitution. Apathy allows the few to take control of us all.

Liberalism, progressive, communism, and socialism are synonymous. It kills the American Dream. One day we will wake up and be a socialist country and ask how did this happen? Remember the frog in the cool water that gradually heats up. Wake up America! The water is all around us, and it is heating up.

For all who want more government control of every facet of our lives, let this media-created crisis be a crystal ball to look into socialism and bigger government. We have been warned about this before: “If government is big enough to give you everything you want, it is big enough to take it all away.”