Video synopsis of Iran vs. Israel – Arms, politics, and hatred!

Compiled by SUA Staff – The following six videos, produced about a year ago, give the viewer a fairly good primer on the situation at hand today concerning Iran and its ambitions, versus the west and Israel. All the players are not present, but one major factor is, armaments. The documentary focuses on how one would or could attack the other, and the defensive, and then retaliatory measures that may play out.

Most of it revolves around three major points: 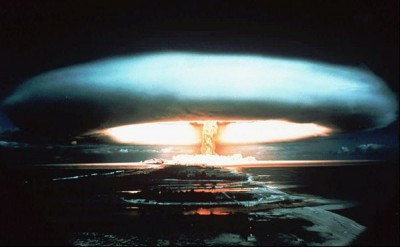 Then, its about WWIII, nuclear conflagration. If the Iranians can mount a nuke of size on its Shehab-3 missile, all of Israel is in sight. When that happens, the vast nuclear array that Israel possesses would be the weapon of last choice, but the only existential way to stop Iran; their nukes.

That brings in the theme of the initial videos; most concerning the S-300 air defense system contracted to, but undelivered to date, to Iran from Russia. Israel, at every juncture has been finding ways to forestall the inevitable, but it all boils down to armaments and politics, certainly not peace.

These armaments are, or should be just a side story however, and the videos do not address this factor. That sideshow is actually the core of the disease.

Instead of continually treating the symptoms, the world should focus on the cause. Instead, politics play the ultimate role, one that only applies band-aids to the moment. The cancer therefore metastasizes unabated.

The core issue is and has always been, Iran’s Islamic belligerence, and the constant, perpetual hate of the Jewish people, and the avowed desire to eradicate them for all time. Iran is the core of the latest manifestation of that deep-seeded hatred, make no mistake about it. But why does the rest of the world have to treat it as if it were a legitimate state diplomacy tool? Instead, its about the arms and political maneuvering, akin to being the top-of-the-hill. All other arguments are purely bunk, and all know it!

Please take the time to watch, and then compare what is included and what is not with the almost daily influx of new moves, and new wrangling: