Editor’s Note: It’s time to reflect and review who we are as a nation and as individuals.

The Standard Bearer for the Conservancy of the Constitution

The Stand Up America US Project (SUA) was founded in 2005 by MG Paul E. Vallely, US Army (Ret), as a multi-media organization that involves publishing, radio, television, speaking engagements, web site, writing articles for publication as well as books. This site is meant as a resource for education, based upon the values and principles set forth by our founding fathers. It is our goal to inform, clarify, and speak truth to power. We are a network of patriotic Americans from all walks of life including former members of the military, former federal, state, and local employees of government, analysts, writers, world leaders, and our group extends across the globe.

SUA is also an intelligence gathering and analyzing group that is and has briefed our government leadership on all manners of international interest, terrorism, and anything that affects the life, liberty, and pursuit of happiness of our citizenry and way of life. SUA has briefed the FBI, Congress, law enforcement, and many other agencies. All our work is based on the following conservative values, and principals:

Stand Up America US  was created to be an educational forum based upon the values and principles that our founding fathers intended for the creation of the greatest form of government ever conceived and implemented. Based upon the convictions set forth in the Declaration of Independence, the creation of the Constitution, and the rights endowed by our creator, basing our future on such things as the Federalist Papers, The Law Of Nations, and the common sense of governing a Representative Republic.

Helping recover and preserve the great and exceptional American Experiment, as a beacon of hope for the rest of the world to aspire to, and to be governed at the consent of the people, by the people, and for the people is the mission of SUA. It is our goal to help to recover our founding principles, and to right our ship of state to these most fundamental and ingeniously created foundations. 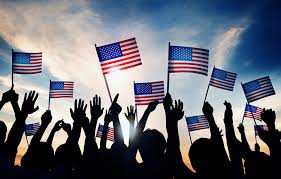