Storm may impact more than the Northeast – Labor report delay?

Editor’s Note – As America prepares for the storm of the century, it seems that people in Washington, D.C. at the Bureau of Labor Statistics are already planning for eventualities. Not that they are preparing to help the nation in crisis, but rather, whether or not the Labor Report due this Friday will be delayed. 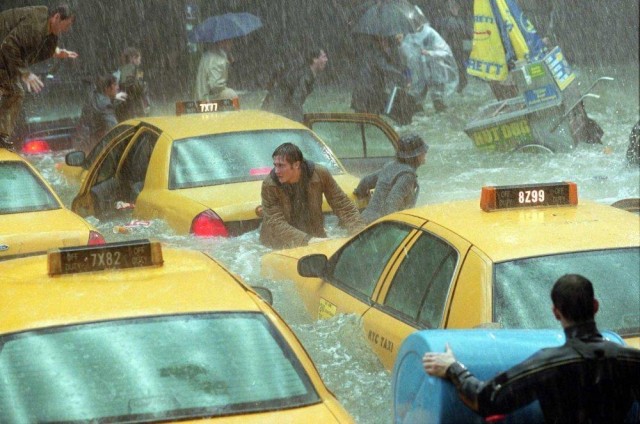 "Franken-storm Sandy" has not even made land fall, but is already flooding NY City and still increasing in strength.

It is likely that many states in the affected region will focus solely on the storm, and likely will close non-essential offices; it will likely cause power outages for lengthy periods, and may delay reporting to the BLS. However, the last report was missing a very large state, most say California, and it was not because of a storm. This does conjure up the thought that this is very convenient. This report could directly affect the election in one direction or another – so let’s hope the report does come out prior to Nov. 6th.

Let’s all hope for the best for the affected, and pray there is no loss of life.

“You never let a serious crisis go to waste. And what I mean by that is it’s an opportunity to do things you think you could not do before.” – Rahm Emanuel

The Labor Department said Monday that it has yet to make a decision on whether to delay Friday’s closely-watched October employment report due to the effects from Hurricane Sandy.

Federal government offices in Washington are closed Monday and may be shut again Tuesday due to the storm. It isn’t clear if the closure would cause a delay in processing the data.

“We will assess the situation when the weather emergency is over and notify the press and public of any changes at that time,” said Gary Steinberg, spokesman for the Bureau of Labor Statistics, the data arm of the department.

The most closely watched is Friday’s jobs report, which will give the final measure the unemployment ahead of next week’s presidential election.

In September, the rate fell to 7.8%, the lowest level since President Barack Obama took office in January 2009. Meanwhile, the economy added 114,000 that month.

The surveys for the October employment report were conducted earlier this month. The unemployment rate comes from a survey of 60,000 households and the jobs figures comes from the establishment survey of 141,000 business and agencies.

However, it isn’t clear that government statisticians and others will be able complete the preparation of the jobs report before scheduled release time due to the weather and associated power outages and transportation disruptions.

A Census official said that agency too has made “no decision” on delaying economic data reports due out later this week. The Census, part of the Department of Commerce, is scheduled to release the construction spending report Thursday and the factory order data Friday.