Scam Alert – Obama and his "Bait and Switch" ploys

Is there an exemption in the law books where “truth in advertising” applies to campaigning or is just lying during a speech a crime? Obama told us in 2008 that the use of ‘signing statements’ used by then President G.W. Bush was a power grab and a means to make end-runs around Congress. Obama told us he would obey the U.S. Constitution and in fact he took a sacred oath to do just that on his way to assume the office of President himself.

Was that just rhetoric then, but now is now? Is that a ”bait and switch” ploy on Americans who voted for him based on the initial advertisements? 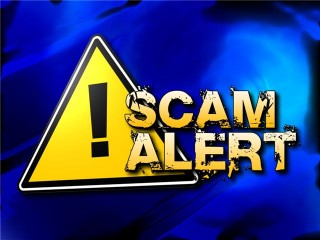 “Bait and switch is a deceptive sales technique in which a store advertises its product or service at a very low price to lure customers into the store and induce the customers to buy a more expensive product by telling you that the advertised product is no longer available or is of poorer quality. Bait and switch is a crime in most of the states and if damages are proved, it can be the basis for a personal lawsuit for false advertising.”

Obama has now violated many campaign pledges and promises he used to get votes based on the ‘bait’ of “hope and change”.  Now that same cunning characteristic has been carried forward during his tenure at the White House and he blames the Republicans to justify doing what he once swore not to do, and castigated others for the very same act.

Then he takes the ultimate plunge saying: “If Congress won’t act, I will!” Mr. Obama needs a civics lesson, it’s called ‘separation of powers’ and was built into the system he swore to defend. The reason its there is to prevent an executive from doing just what he wants to do, by fiat. If Congress won’t act, like the Senate not passing a budget in over 1,000 days, it his party not doing the work, why, for political victory, an end-run! He asks for a one-year extension on the payroll tax holiday, then slams the Republican House for not accepting two months.

Its always ‘bait and switch’ to Obama and his Democrat Congressional henchmen; Americans and our system are the ones harmed however. The master salesman, and that is all he is, has lured you into his store, and is selling you higher priced baubles, all the while telling you its a much better product. Don’t buy from those rascally Republicans, buy from me instead, and don’t pay attention to that pesky old rag, the Constitution, or any laws. Trust me!

The dreaded ‘signing statement’ that was once so bad:

Obama said himself, that he will decide what is in fact Constitutional, after all he was a Constitutional lawyer himself, but just in case he no longer has a law license, he can check with his wife, right? Well no, they both allowed there licenses to expire. Okay, well there are key White House lawyers in several offices, just pick a floor; how about Valerie Jarrett or one of the 22 others he has hired at the White House. Not good enough? Okay well, there is always the Department of Justice, which has an estimated $30 billion dollar operating budget and an unknown quantity of lawyers due to the classification of departments and the revolving door to help him.

There are additional examples of power grab events by Obama, other end-runs around Congress. Where to start, how about:

Now, as of yesterday, January 4, 2012, Obama publically reveals that he has moved on a recess appointment for Cordray at the Consumer Financial Protection Bureau while in fact, the Senate was not in recess. There were three additional recess appointments as well, that are assigned to the National Labor Relations Board.

The appointees include Democratic union lawyer Richard Griffin, Democratic Labor Department official Sharon Block and Republican NLRB lawyer Terence Flynn. The board lost its quorum and much of its decision-making ability on Tuesday when the term of Democrat Craig Becker—an earlier recess appointee—expired. These appointments allow it to fully function again. The moves return the board to its full slate of five members for the first time since August 2010. (WSJ)

Oh, but we are at war with the Taliban, at least we were, right? Well Vice President Biden says no, so the White House and the State Department have invited the Taliban to tea and to trade favors, oh wait, trade commanders in prison at Gitmo, oh wait, no trade at all, just a release. Additionally, add in some allowance and operating money as a gift from Hillary Clinton and the Taliban is happy and free in Qatar in their new headquarters location.

This is enough to make any Patriot sick, angry or motivated, or at least should be. It is easy to sit in front of a keyboard and learn, the hard part is to be a true Patriot and take action with the rights bestowed to all of us.

For more fuel for that tummy ache, read on here:

At the close of the 111th Congress, America is deeply in the bog of Thomas Jefferson’s prophetic warning: “The two enemies of the people are criminals and government, so let us tie the second down with the chains of the Constitution so the second will not become the legalized version of the first.” Unfortunately, the broken chains of the Constitution have failed to contain the federal government.

By way of review, let’s take a stroll through the junkyard of constitutional violations that have been painted fresh by President Obama and the 111th Congress. Here’s my top-ten list, highly abbreviated for length.

#10. — 9/11 Responders Relief Fund: We love and honor those who put themselves in harm’s way for our security. However, giving the 9/11 first responders money after the fact violates the Constitution. Article 1.8 gives Congress the right to expend funds for all the purposes itemized, provided it is done for the general welfare, NOT for individuals or preferred groups. The states may reward heroes if they so choose.

#9. — Checks and Balances Failure: The Chairmanship of the UN Security Council: Where was Congress when President Obama became the chairman of the powerful UN Security Council in 2009? The normal monthly rotation for that chair goes to the U.S. ambassador to the U.N. because Article 1.9 of the Constitution forbids the president (and all other office-holders) from accepting any present, foreign office or title from a foreign country or a foreign potentate unless it is specifically authorized by Congress. The Founders wanted to prevent deal-making, corruption, and foreign influence from affecting America’s internal affairs.

#8. — Net Neutrality: The government is trying to stop Internet providers from blocking or slowing some web traffic and prevent providers from showing favoritism. The FCC thinks it should be able to regulate the Internet like it regulates utility companies. This violates the property rights of Internet providers and interferes in the market’s free choice of which services receive funding. Article 1.8 makes it clear that the FCC is not constitutionally authorized to pass laws, especially those disguised as regulations.

#7. – Czars: The moniker for appointees who report to no one but the president has taken on a new and eerie resemblance to the dusty Russian tsars of old. Article 2.2 grants the president leeway to appoint managers, but those managers may not have any regulatory, legislative or law-making powers — such powers are reserved to the legislative branch. Today’s “czars” have the power of cabinet members without having to go through a vetting process or the confirmation process prescribed for cabinet members. Czars are unelected and untouchable political decision-makers — in violation of Article 1.1.

#5. — Cash for Clunkers: The government offered $4,500 rebates to people turning in their clunkers for more fuel-efficient vehicles. When the first program quickly ran out of the $4 billion allotted to it, another $2 billion was added. Follow-up analysis showed the program did nothing to stimulate the economy and put many people into additional debt by encouraging them to purchase cars that they otherwise would not have bought during these hard economic times. The government has zero authority to selectively give individuals tax money for purchases of vehicles, according to Articles 1.2 and 1.8 — and common sense.

#4. — TARP Funding: The original 2008 act authorized $700 billion to bail out banks and other institutions. The government has no business rescuing private financial institutions from bad judgment and risky ventures. Article 1.8 excludes permission for Congress to grant financial aid or loans to private companies. Any use of Treasury funds must go toward the general welfare, not to specific groups.

#3. — Illegal Immigration: Arizona is being invaded. When that state passed SB 1070 to stem the flow of violent illegals into its sovereign territory, a derelict federal government turned around and sued. At issue was the Feds’ failure to control the border, so Arizona took it upon itself to do just that — to uphold existing federal immigration laws. It didn’t add new laws; it simply gave local authorities the power to enforce federal responsibilities. The federal government claims the right to manage immigration, but when it refuses to carry out that obligation, thereby jeopardizing the security of border states, it is derelict in its duties. Arizona should haul the federal government before the Supreme Court for malfeasance. Article 4.4 clearly states that the U.S. shall protect states from invasion — more than 400,000 illegal aliens (est.) in Arizona is, by definition, an invasion.

#2. — Economic Stimulus Bill: The $814 billion stimulus is the most backward-thinking proposition to come along since human sacrifice. Dumping borrowed money into an over-fed, bloated and out-of-control ogre doesn’t solve anything, it simply temporarily props up with blocks of melting ice cream a failed and failing government of extravagance. Not only does it illegally take money out of the economy that could be used to provide jobs, but it’s using borrowed money — with interest due.

#1. — Health Care Reform: Health care reform was the last lever needed to lift the lid off the pot of American gold and empty it out for socialism. It required all Americans to have health insurance whether they wanted it or not. Earlier this month, Federal Judge Henry E. Hudson said that the government has no power “to compel an individual to involuntarily enter the stream of commerce by purchasing a commodity in the private market.”

The string of constitutional violations supporting the judge’s rejection is long and shocking: