by David A. Bego

They voiced their displeasure in last November’s election (see Union Members Not Happy with Their Leader’s Political Spending and Union Members Overwhelmingly Oppose Union Boss Political Spending on 2010 Midterm Elections). In states like Indiana, elected officials have heard the people’s mandate and are proposing “Right to Work” legislation (“RTW”) that will provide each and every American the right to personally decide if they wish to be represented by a union, without fearing the threat of reprisal. What could be more American than the freedom of choice? 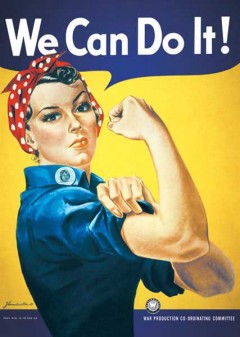 Politicians and Big Labor bosses in Indiana, Michigan and New Hampshire are already drawing the battle lines for debate and potential passage of Right to Work (“RTW”) laws during their respective 2012 legislative assemblies. Determining which state will be next and become the 23rd Right to Work state is a matter of speculation.

Unfortunately, we can be certain that the rhetoric, propaganda, misinformation and theatrics from liberal politicians and Big Labor bosses will be divisive. As chronicled in my book The Devil at My Doorstep, I have first-hand experience with Big Labor’s tactics and their use of corporate campaigns.

These campaigns were utilized against my company and its employees by the Service Employees International Union (“SEIU”). These campaigns used as the union’s “Persuasion of Power,” a term originally coined by UAW President Owen Bieber in 1984, and later resurrected by former SEIU President Andy Stern during his tenure. Corporate Campaign tactics utilize Saul Alinsky’s motto “Ridicule is man’s Greatest Weapon”. They isolate the target and then use intimidation, ridicule, misinformation and intimidation to destroy it!  The campaigns embrace the use of tactics, as recently exposed in a SEIU Contract Campaign Manual, designed to force employers to capitulate with union demands and sign a Neutrality Agreement.

This onerous agreement eliminates employees right to a secret ballot election during union organizing campaigns, imposes “Card Check” and requires employers to provide a roster of all employees and their home addresses to union organizers. By use of the Neutrality Agreement, union organizers are able to bypass a neutral and independent election. Instead, the organizers are able to identify employees and “visit” them at their leisure, including at times and places private to the employee. This includes an employee’s home, where they can then utilize any tactics they wish, unmonitored by any government agencies.

They can intimidate or otherwise force a bare majority (50 percent plus 1) of the employee population to sign union cards, at which time the employer is automatically unionized.  The scheme is fraught with danger of abuse, intimidation, improprieties and misinformation.

Corporate Campaigns allow unions to force unionize employees by pressuring employers, through expensive public and legal pressure, into signing the Neutrality Agreement and subsequently negotiating contracts that have the potential to make them uncompetitive. Forced unionism throughCorporate Campaigns is today’s weapon of choice, as unions win a small percentage of organizational secret ballot elections conducted through the auspices of the National Labor Relations Board (“NLRB”). In short, Big Labor doesn’t care what employees believe or want, they are determined to force unionize and keep them for life through defeat of RTW. If Big Labor is more than willing to force unionize people, is there any doubt it will resort to the same tactics to keep them unionized, ensuring the ultimate survival of Big Labor power at the expense of the economy, jobs and freedom of choice?

This time the Corporate Campaign target is RTW in Indiana and other states. While the Big Labor circus performs in downtown Indianapolis during the legislative assembly set to begin January 4, 2012, it must be understood that RTW is not about the future of unions or the business climate of Indiana. RTW is about the basic God given right of every American to freedom of choice and each individual’s right and responsibility to self determination absent from the threat of intimidation and force.

If unions cannot survive under these basic tenants, then so be it! Many institutions, organizations, civilizations, governments and inventions have become extinct as progress passes them by and relegates them to history. Big Labor’s Gasping Dinosaurs, who represent less than 12% of the workforce, are now waging a scorched earth campaign for survival at the expense of the very employees they claim to protect and at the expense of the most fundamental fabric of our country “freedom of choice.”

Big Labor would have you believe they have an altruistic mission to provide people the right to be represented in the workplace. However, if big labor was so concerned about peoples’ rights, why wouldn’t they be in favor of allowing each employee freedom of choice, as recently expressed by a non-union worker in a union company (see Republicans Didn’t Run When Democrats Were in Charge)? The simple answer is that Big Labor fears many will leave the union rolls because there is no intrinsic benefit to membership, resulting in the unions losing their coveted dues. Membership dues are the true objective.

The labor unions are nearly extinct and they need membership dues to elect sympathetic politicians. In turn, these elected officials will pass laws or appoint members to the NLRB that will utilize their regulatory power to administer Big Labor’s agenda, thereby forcing unionism on more public and private employees (see Card Check through Regulation vs. Legislation, Actions Speak Louder than Words). In return, Big Labor will pour more membership dues into political coffers. It is a cycle passing monies from rank and file workers to Big Labor bosses and liberal politicians (see Union Power for Thee, But Not for Me).

RTW provides freedom of choice for employees and provides unions the opportunity to compete in a free market society without taxpayer or employee subsidies. Unions were necessary and beneficial at one point in history; however, they have hastened their own demise. Despite Big Labor’s claims of “protecting the middle class,” union demands have essentially created an unsustainable system due to out-of-control wages and benefits and restrictive work rules in both the private and public sectors, ultimately destroying the middle class they purport to support.

The American auto and steel industries are prime examples of the unions’ destruction in viable industries and drastic reduction of the middle class jobs they claim to protect. Simply put, in the private industry there are limits as to what the unions can obtain due to the competition companies face and the need for companies to be profitable. Public sector unions, however, believe the coffer is limitless, which is where they made their mistake. You can only tax the electorate so much before it rebels! When labor costs per person rise, the logical response to avoid bankruptcy is to reduce the number of jobs. Consequently we have seen a historical decline in the number of jobs in the auto and steel industries, and the current threats facing public school teachers and other public employees. It is the predictable result of the tactics and socialistic philosophy of Big Labor bosses!

Big Labor bosses also claim that RTW is unfair, as some people would benefit from union negotiations without paying union dues (see Should Workers Have to Pay Union Dues?). The real question is, why would so many people choose not to participate if they had a choice? If unions provided a viable service or product, employees would be more inclined to buy. However, many of today’s unions rarely provide meaningful benefits such as job and/or safety training, instead only emphasizing growth for the sake of growth, and ultimately money and power for Big Labor bosses. Union dues are viewed as a means to an end instead of an investment designed to improve the skills and safety of its membership. Unions would fare better if they spent more time developing products and services that would benefit both employees and employers.

The typical response of a labor union is to lean solely on the excuse that every employee has the right to “collective bargaining.” However, if unions utilized membership dues to provide a viable product or service, they might be able to attract enough employees to form a collective bargaining unit that was engaged, instead of resorting to forced unionism of people who are not interested. Unfortunately, the goal of Big Labor bosses is not to serve its members, but to impose its will on the Indiana public, sacrificing  freedom of choice for over 70% of Indiana employees who support RTW (see Viewpoint Poll and Hoosiers Support Freedom), the true opportunity for effective and beneficial union growth and triumph of the free market system. A triumph that would result in a competitive business atmosphere, spawning increased job opportunities and economic growth for the citizens of Indiana and throughout the United States!

Ultimately, it is an issue of the right to private property, one’s labor. It is an issue which we expect both sides of the aisle at the statehouse to honor and defend. It is also imperative that both sides respect the democratic process and return to the State House on January 4, 2012 prepared to do the peoples’ will and debate openly, instead of hiding in hotel rooms in Illinois (see Gov. Mitch Daniels Vows to Make Sure Indiana Lawmakers get Work Done). The right of private property is a triumph of Western Civilization, and the associated freedoms that come with it have proven to be extremely rewarding for those who work hard to achieve the American dream. Our founding fathers designed a marvelous system that guarantees social and economic justice by establishing individual responsibility. We can only hope that our elected officials will wake up and protect our property rights before it is too late! After all, Right to Work is the right thing to do for the citizens of Indiana and the United States of America.