Editor’s Note – Many recent retirees from our military remain on the sidelines concerning the Iran Deal but the following article does not address the opinions of longer term retirees who have been very vocal in their opposition.

Of the many retired generals, admirals, and other command staff, several stand out in stark opposition to how the Obama administration began the process of talking to Iran, then the lengthy negotiation process, and the resulting agreement now in the hands of Congress.

In fact, last July, MG Vallely, Adm. Lyons, and Lt. Col. West gave speeches in opposition at the “Stop Iran Rally” in Times Square. Many other notable people joined them in a bi-partisan manner including more active and former politicians and world leaders.

We applaud recent retiree Army Lt. Gen. Mike Flynn for his stance in opposition, and like the article below explains, the Obama administration attempted to down play those in opposition by pushing a cadre of others to support his efforts by signing a letter to that extent.

We saw that move as yet another attempt at skewing the picture for the public and displaying the politicization of the military. If certain other retirees wish to remain silent, so be it, but far more oppose the deal than support it, of that we are certain.

We are also pleased that NY Senator, Chuck Schumer for standing in opposition and invite you to join him as another rally is planned to take place at the office his fellow NY Senator, Kirsten Gillibrand on September first. Kill the deal!

Many of the most prominent retired U.S. military officers are opting against expressing any firm public endorsement of or opposition to the controversial Iran nuclear deal.

“I have not yet taken a position,” retired Army Gen. David Petraeus said in a recent interview. 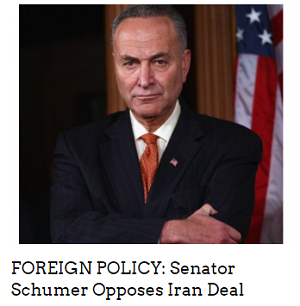 “I recognize the benefits, significant benefits in rolling back the Iranian nuclear program for a 10- to 15-year period,” said Petraeus, the former commanding general of the U.S. war in Iraq who later also oversaw U.S. military strategy across the Middle East as the head of U.S. Central Command.

“But I also recognize that these have to be weighed against the downsides of an agreement in terms of additional resources going to [Iran’s] proxy elements that are causing problems in the region and beyond,” Petraeus said.

As the debate about the Iranian nuclear deal grows increasingly politicized, partisan advocates are eager to seize on any strong views from respected military officers. Yet very few military officers are weighing in with public views on the deal. If and when they do, they avoid making sweeping conclusions.

“I would debunk the idea that the deal is it — and you either like it or you hate it, or it’s good or it’s bad. That is a bunch of nonsense,” retired Adm. William Fallon, another former CENTCOM commander, told a room of national security professionals at a think tank event in Washington, D.C., on Aug. 4

The deal struck in July between Iran and the U.S. and other Western countries is a 159-page document that would essentially limit Iran’s ability to develop a nuclear weapon in exchange for lifting the financial and oil sanctions that have constrained the Iranian economy. 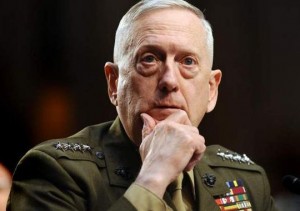 Congress will vote in September to potentially block President Obama’s authority to lift the sanctions, which would effectively kill the long-sought deal.

For now Obama appears to have enough support to weather the stiff opposition and retain the authority to execute the deal. But as many Republicans and some Democrats line up to oppose him, the outcome is uncertain.

The White House touted an Aug. 11 letter from three dozen retired generals and admirals offering firm support for the deal and urging Congress not to kill it.

Yet many national security watchers noted numerous names missing from that list, including Marine Corps Gen. James Jones, who served as Obama’s national security adviser during his first term. Jones did not return Military Times’ request for an interview about the nuclear deal.

In fact, none of the CENTCOM chiefs or Joint Staff chairmen from the past 20 years signed the letter.

“I noticed that very few of them are the most senior people,” said Prof. Richard Kohn, who teaches military history at the University of North Carolina at Chapel Hill.

Kohn said the controversial issue is far too politicized.

“The overwhelming majority of retired senior officers recognize they should avoid partisanship and even the appearance of partisanship because it lowers respect among the American people for the loyalty and nonpartisanship of the military profession,” Kohn said in an interview.

Letters like the one signed by the 36 generals and admirals can “give the impression to many people who are not well-informed about the military profession that they are speaking for a large number of retired military or for the military itself. 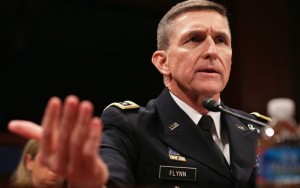 And a newly created group called Veterans against the Deal is distributing a video highlighting Iran’s link to hundreds of catastrophic attacks on U.S. troops in Iraq.

The new agreement could empower the anti-American regime, they say.

The Obama administration’s handling of its Iran policy was reportedly a source of tension between the White House and former CENTCOM Commander Marine Corps Gen. James Mattis.

For years he expressed hawkish views about Iran, but Mattis, who retired in 2013, declined a Military Times request to talk about the deal.

Fallon described the deal as a diplomatic breakthrough with Iran and said he believes the U.S. should press ahead with the agreement and bring the appropriate skepticism to the implementation process.

“In my mind it comes down to basically a choice: Do we continue the stalemate (between the U.S. and Iran) with the likelihood that sooner or later a mistake of some magnitude is going to be made. I witnessed several errors in judgment during my time out in the region that could have quite easily escalated into something ugly in terms of military action.

“My perusal of history is that sooner or later virtually every impasse, every stonewalled negotiation, every ‘us-against-them’ reaches a point where there is some sort of dialogue initiated to try to move forward and change the future from the past. I think that is what we really have going on here.”

“In my mind it’s pretty much of a no-brainer; we ought to take the next step and see if we can get this thing implemented. And try to move forward — no illusions either side trusts the other. … It’s all going to be about how it’s implemented,” Fallon said.

“The agreement cannot be judged as good or bad on its own,” said Zinni in an interview with the Virginia Gazette newspaper. “Like all agreements, the judgment will come based on how it is implemented. The quality of the inspections and verification will be key as will Iran’s degree of cooperation. If Iran cooperates and begins to agree to open talks on other issues, the agreement will have been a success.”

Some retired officers are offering views behind closed doors in an effort to aid policymakers facing a complex issue.

Petraeus has worked closely with the Washington Institute for Near East Policy and its Iran Study Group, a team of former top government officials who helped examine and clarify the technical details of the legal agreement. 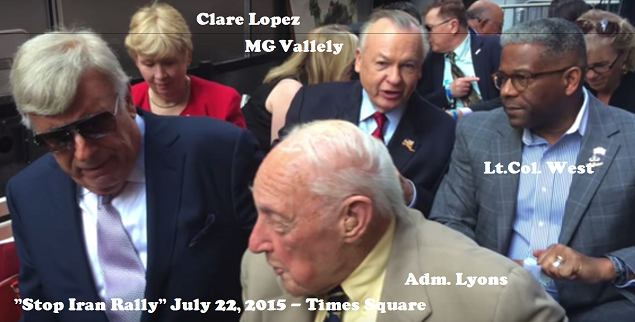 He said the Obama “administration has engaged us and has addressed some of the reservations that we have expressed. And that dialogue is continuing.”

Petraeus said he was reassured by one aspect of the deal that clarifies nuclear-related sanctions will be lifted on Iran, but those sanctions imposed for terrorist activity, specifically targeting Qassem Suleimani, the notorious commander of the Iranian Revolutionary Guard’s Quds force, can remain intact.

Nevertheless, Petraeus said, “There should be no question that some of the $100 billion, $150 billion in assets that Iran will receive — currently frozen assets — when the sanctions are lifted, some of that will go to the Iranian Revolutionary Guard Quds Force and undoubtedly to Iranian-supported elements such as Lebanese Hezbollah, various Shia militias in Iraq, the Houthi forces in Yemen, and Bashar al-Asad’s regime in Syria, and possibly Hamas.”

“The single biggest issue really is assurance, assurance that Iran will not be allowed to enrich weapons-grade uranium.”