"Phony" – Who are you to call anything phony?

By Scott W. Winchell – This must be the quote of the decade – perhaps a mirror is in order as it was uttered by President Obama:

“With this endless parade of distractions and political posturing and phony scandals, Washington has taken its eye off the ball.”

SUA wants to know what Charles Woods and Patricia Smith think about Benghazi being phony; we already do. How about all those people investigated and stymied by the IRS, are they phony? How about the families of the 30 dead warriors killed on Extortion 17; ask Karen and Billy Vaughn about what is phony? How about James Rosen’s parents being part of that ridiculous DOJ investigation; phony? What about Brian Terry’s family; was Fast & Furious phony? What about the NSA and Prism?

The only thing that is phony is this current administration. From Jack Lew lying to Congress, the fake economic recovery, and don’t forget “jobs saved” and “shovel ready” projects, these are true examples of phoniness. 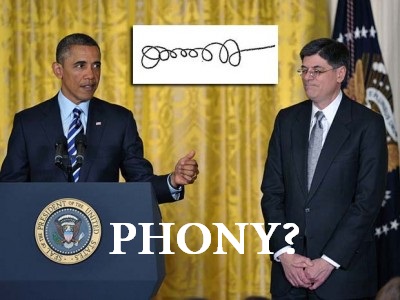 Now Americans are poorer than ever, are they phony? How about GM being saved while Detroit filed for bankruptcy, watch for the use of Obama Care money to bail them out. How about those wonderful crony capitalism failures like Solyndra and Fisker?

Then there was the debacle of all-time, the one we had to pass so we could see what was in it – Obama Care, the law the vast majority of America does NOT want. Even the Unions do not want it – phony?

Then ask Sharyl Attkisson of CBS News, or look up the “Pigford Scandal” – who is phony again?

Remember the ‘Beer Summit’ – phony. Remember “If I had a son, he would look like Trayvon” – phony.

Then there was that other whopper: Benghazi was a protest over a video! Let’s also go into the other phoniness, like that fraudulent so-called Birth Certificate the White House posted, or the fact that Obama attended a church run by Jeremiah Wright and was friends with a domestic terrorist – Bill Ayers.

Then there is the ‘Sequester’ and not being able to tour the White House, while he and has family strode across Africa and now they go to Martha’s Vineyard to vacation in a posh palace as they threaten that Social Security checks may be stalled in September as he fights Congress over the debt ceiling again – PHONY!

Ask Sarah Palin about what she was not allowed to talk about while she was running with John McCain.

What about Obama’s education records, his Harvard Law Review work, all sealed – phony? How about his arguments over the Keystone XL pipeline – phony?

The list is almost endless, watch what Judge Jeanine Pirro of Fox News had to say then read the article below about Obama and Jack Lew on the Sunday talk shows – just shameless! …and the media just buys in.

By Peter Schroeder – The Hill

Treasury Secretary Jack Lew warned Republicans to avoid “false crises” over a government shutdown and the debt limit in the coming months.

Appearing on ABC’s “This Week with George Stephanopoulos,” Lew continued to hammer the message President Obama has been touting this week, about renewing a focus on boosting the middle class and avoiding self-inflicted wounds on the economy.

“We need to remember that this isn’t just about cutting budgets. Obviously, we need to have our fiscal house in order,” he said. “What it’s about is building the foundation for a strong economy.”

He added that there is a “majority in Congress” that wants to do away with indiscriminate sequester cuts, replacing them with “more sensible policies.”

“Our challenge is breaking through the logjam in Congress to get that done,” Lew said.

Lew also echoed the White House message when he said the president would not be willing to negotiate over the debt limit, which will need to be raised this fall to avoid a default. He said even opening talks over raising the debt limit, after the lengthy standoff in 2011 that led to the first-ever downgrade of the nation’s credit rating, would bring into question whether the U.S. is able to meet its obligations.

However, he stopped short of demanding a “clean” debt limit bill, that is, legislation that raises the debt limit and nothing else.

“Congress is going to have to pass a debt limit that can reach bipartisan consensus in the Congress and that the president can sign into law,” he said.

Lew also indicated that the White House would not be providing any sort of financial rescue to Detroit, which declared bankruptcy earlier this month.

The AFL-CIO called on the federal government to provide relief, and Republicans have already warned the president not to try and rescue the city with federal dollars. Lew gave no sign such an idea was in the works.

“Detroit is going to have to work with its creditors on this,” he said.