Editor’s Note – The FCC commissioners are set to vote on new regulations that many are now calling “ObamaNet” on the “Net Neutrality” issue. But Republicans on the Commission want America to see what they are up against:

“We respectfully request that FCC leadership immediately release the 332-page Internet regulation plan publicly and allow the American people a reasonable period of not less than 30 days to carefully study it,” Republican Commissioners Ajit Pai and Michael O’Rielly said in a statement Monday.

“Then, after the commission reviews the specific input it receives from the American public and makes any modifications to the plan as appropriate, we could proceed to a final vote.” (Read more at Daily Caller) 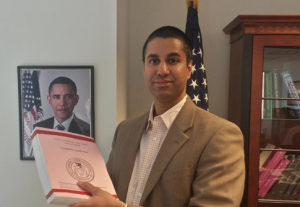 This cannot be allowed to move forward like the ObamaCare legislation did. As Nancy Pelosi famously promoted that bill as “needing to pass the bill so we could see what is in it” just must not fly.

Once again the Obama administration is attempting to fundamentally transform America, this time through the FCC on the internet. Is this a brewing scandal du jours?

We think it is, possible White House chicanery on this effort has drawn the ire of Congress because of the possibility that the White House improperly influenced the commission:

Congressman Jason Chaffetz, the chairman of the House Committee on Oversight and Government Reform, will chair a hearing Wednesday about whether the White House improperly influenced the independent agency and pressured its chairman, Tom Wheeler, to develop a net neutrality plan that mirrored recommendations President Barack Obama made last November.

Obama had called on the FCC to classify broadband as a public utility and adopt open internet rules that would ensure that “neither the cable company nor the phone company will be able to act as a gatekeeper, restricting what you can do or see online.”

The congressional hearing was initiated after Chaffetz reviewed heavily redacted emails and other documents VICE News obtained from the FCC two weeks ago in response to a Freedom of Information Act (FOIA) request; the emails show White House officials and Wheeler communicating about net neutrality.

VICE News sought comment from Chaffetz’s office about the email exchanges and shared the documents with him. (Read more here at Vice News, also here at B & C, Broadcast & Cable.)

In a curious twist, Twitter has come out in favor of the regulations:

“We need clear, enforceable, legally sustainable rules to ensure that the Internet remains open and continues to give everyone the power to create and share ideas and information instantly, without barriers. This is the heart of Twitter,” wrote Will Carty, a Twitter public policy manager, in a company blog post Monday. (Read more at the WSJ.)

Once again, the administration is misleading America, with flowery “safety” words, and subterfuge. This is a complicated subject and America deserves to have an ope debate, or to be able to at least read it and comment on it.

Read our previous article on the subject for more background. You be the judge, read on:

FCC to Vote on Net Neutrality Rules on Thursday

By Bob Adelmann – The New American

On Thursday consumers will finally be able to see and read the FCC’s (Federal Communications Commission) planned new rules to regulate the Internet. 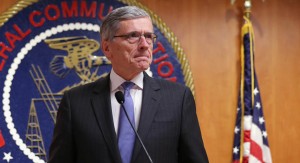 Deliberately hidden from public view, the 332-page document is expected to be passed by the FTC, as demanded by President Obama last November when he told FCC Chairman Tom Wheeler to adopt the “strongest possible rules” in regulating the Internet.

Leaks from the document were inevitable, and critics have slowly pieced together the latest attack on Internet freedom. Five times legislation has been offered in Congress to mandate “net neutrality,” and five times it has failed.

Twice courts have struck down previous efforts to regulate the Internet. This time, however, ignorance and momentum are likely to rule the day, and the Internet.

The main excuse for implementing the new invasions is the statists’ favorite complaint: Internet service providers “discriminate.” They discriminate by charging different rates and providing different services for their customers, based upon usage, content, the size of the servers providing the service, the complexity of the platforms connecting the data between providers and end users, the type and expense of the equipment used to facilitate that data flow, as well as the mode of communication.

This is awful. This can’t be allowed. Something must be done.

In other words, all automobiles, in the worldview of the Obamas and the Wheelers (and their facilitators seeking to benefit from less competition, such as Facebook, Google, and Netflix), ought to be beige in color, have identical horsepower, the same number of doors, and get the same gas mileage no matter how far or fast they may be driven.

After all, in their worldview, offering free market choices is a sin from which only government agencies such as the FCC can save us.

Readers of the new rules will no doubt find phrases such as the following, which have appeared in previous attempts to rein in the Internet:

“Broadband service providers may only prioritize … based on the content, applications, or services … purchased by the end user, without charge for such prioritization.”

This will require Wheeler and his statists at the FCC to change the classification of the Internet from “information services” companies to “telecommunications companies” in order to inflict the much more onerous rules the agency applies to them.

In short, the new regs will turn the Internet into a bland, beige, highly regulated, inefficient, and costly utility.

Not only will Internet customers be charged more, through the levying of various fees and service charges, but many of them will resign from the Internet because of those increased costs, resulting in fewer choices.

Those remaining will begin to enjoy a service that is less innovative, with slower speeds and less content than would be the case, as entrepreneurs are now being treated as unnecessary impediments to neutrality. 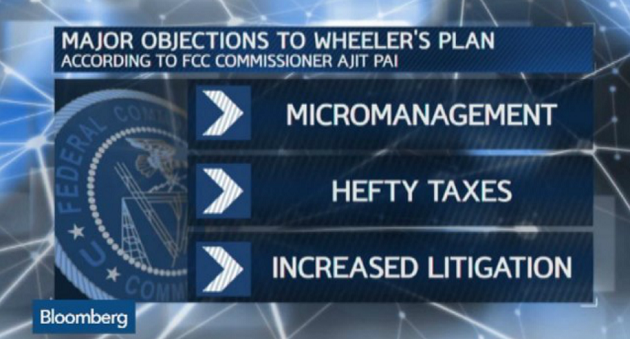 As the authors of a backgrounder on the Internet for the Heritage Foundation noted, “Most of the practices identified by regulation supporters as activities that should be prohibited are in fact beneficial for consumers … efforts to regulate the internet would hurt the very consumers those advocates claim to [want to] protect.”

One simple example will suffice. One of the most cited incidents reflective of the dangers inherent in today’s Internet, according to net neutrality supporters, occurred between Madison River Communications (MRC) located in rural Mebane, North Carolina, and Vonage. Back in 2004 MRC blocked Vonage, a voice-over-Internet protocol (VoIP) telephone provider, from using its service as it competed with a local similar service.

The FCC mandated a settlement that would likely have occurred anyway without federal interference. Today, residents in Mebane have access to five broadband providers, giving MRC plenty of competition and plenty of reason to be more responsive to the needs of its customers.

And this is the single case most often referred to by statists building their case for giving the FCC more power to interfere in such local matters.

But the “control” mindset is firmly implanted as evidenced by Matt Wood, a writer for the Free Press blog. He observed, “Letting the carriers charge more or less money to reach certain sites is discriminatory, and it’s not how the Internet is supposed to work.”

No, Matt, that’s exactly how the Internet is supposed to work, if it’s left alone to provide competitive services to its customers. Once the FCC is empowered to interfere, however, Matt, the new “net neutral” Internet will be slower, most costly, and less useful to those customers.

There are other dangers to “net neutrality” as well. As David Farber, a former chief technologist of the FCC, expressed it:

My fear is that regulating the Internet like a telecommunications service [utility] potentially opens a Pandora’s box.

Once that box is opened, it will prove impossible to close. Good intentions expressed by Wheeler to use a “light touch” in the early days of the new regulatory paradigm will hardly provide insurance against vastly more invasive intrusions by his future replacements. As the policy director at the Competitive Enterprise Institute, Clyde Wayne Crews, put it:

In expanding utility regulation into the modern era, what the FCC is doing will set new precedents that irretrievably undermine [the Internet’s] critical infrastructure’s evolution across sectors and harm the nation.

A graduate of an Ivy League school and a former investment advisor, Bob is a regular contributor to The New American magazine and blogs frequently at www. LightFromTheRight.com, primarily on economics and politics.

This article was also based on multiple entries on the Denise Simon Experience blog at the Founders Code regarding the email scandal brewing.