The event was sponsored by Stand Up America US and is the latest in its series of events hosting prominent speakers and experts for the “Glacier Forum Series.”

His singular insight on the region’s complicated and violent past and present based on daily knowledge/updates only he receives from his trusted and vetted sources in the war zone was well received. 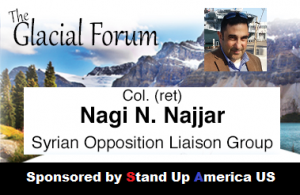 Mr. Najjar discussed the long history of the conflict in Syria, its roots, the world’s response or lack thereof, and the way things evolved from what began as a nationalist movement to over throw Syria’s Bashir al Assad and subsequently turned into a nightmare for the region and the world.

He explained how the vacuum of leadership created by the lack of western support and the many “red lines” that were crossed without repercussions was filled by militant Islam’s most notorious and heinous actors, the “Islamic State.”

He spoke of his trips to the region, accompanied on several occasions by MG Vallely (US Army-Ret.) as part of SUA’s Syrian Opposition Liaison Group (SOLG) and their humanitarian efforts and fact finding missions, especially the time he escorted the General into the war zone all the way to Aleppo.

He also discussed how the SOLG came to be, through the establishment of trust and respect he and the General cultivated with the original FSA (Free Syrian Army), before the influx of al-Qaeda and the creation of ISIS. 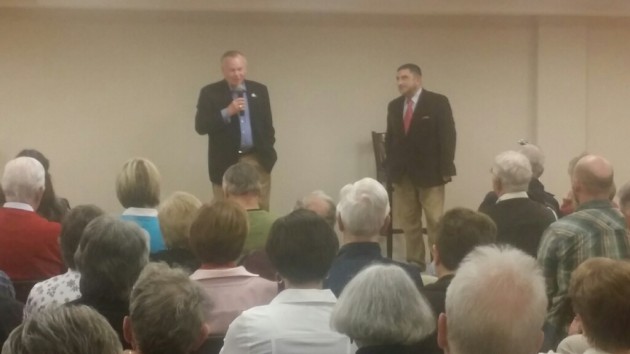 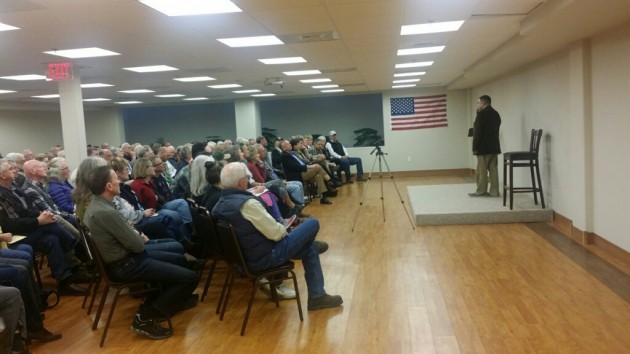 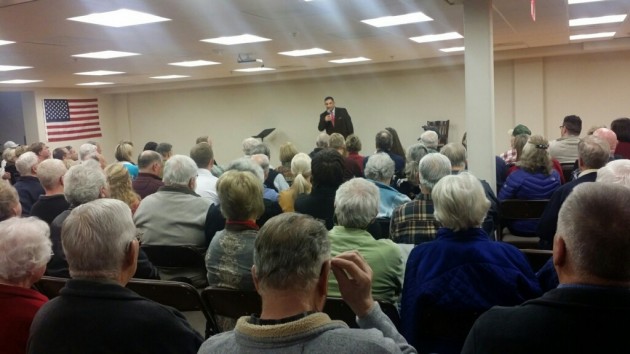 Mr. Najjar continues his presentation to a rapt audience.

Here is the invitation and synopsis distributed prior to the event: 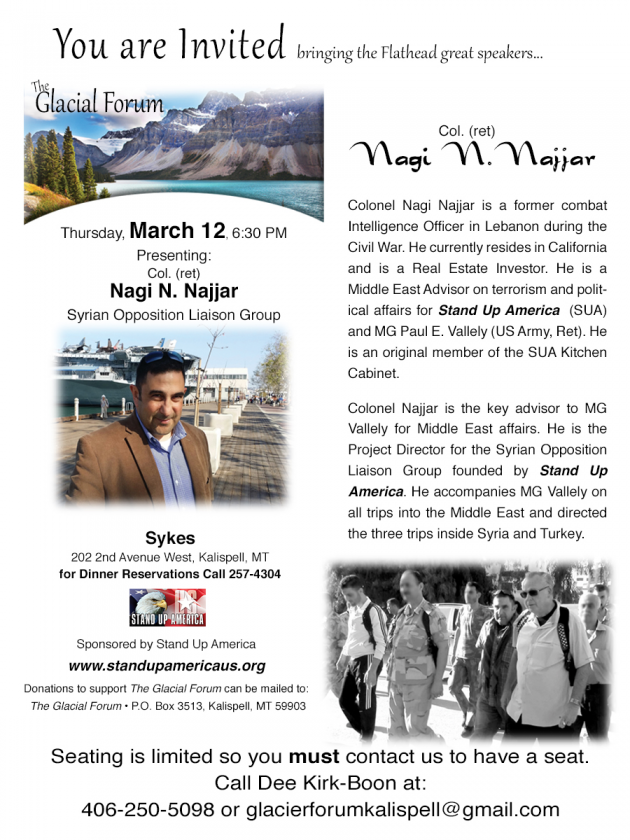