Dear Stand Up America US Supporters,

s you are likely aware, America is no longer what she once was. She is in steep decline and last year alone may go down in history as the worst in 100 years – yes, all the way

back to 1913, the previous worst year for America. That year was the point at which the Progressive movement began to tear the Constitution and our founding principles into shreds and over the past five years they have turned their act into an art form of deceit, lies, and chicanery at breathtaking speed.

We must make 2014 the point at which we recover our republic. I am asking you personally to help me in this effort. Please consider joining us and making a donation today.

Stand Up America US (SUA) was founded in 2005 as a 501(c)4 because we were witnessing the decline of America; the dismantling of our Constitution, and the destruction of the very fabric of our society not knowing how much worse it was to get.

Our mission has been to educate and inform the public, to uncover and expose wrong doing, to be stewards of fact and reason, and to help right our ship of state based upon constitutional conservatism. But we are being out-gunned, out-spent, out-organized, and over-run.

Since 2009, the Obama Administration has drained our diplomatic and military influence, and our power, reputation, and morale are in steep decline. Therefore we have launched the “National Call to Action Project” and our “Americans Project,” but we need your help NOW.

Obama’s false promises, budget busting, blame-game partisanship, and his contempt of the Congress, the Constitution and his solemn Oath of Office – as well as the long list of scandals and subsequent cover-ups and out-and-out lies –are enough to endanger the very survival of the American economy and even the Republic itself.

Even now, there is hardly any confidence and trust remaining for the Obama Administration among the American people, and America’s “standing” abroad is at an all-time low – all of which undermines our system to the core and should perhaps be officially condemned by the Congress via the “House Resolution of No Confidence” referred to at the end of this appeal.

Please click here for a secure method to donate today!

We can no longer trust anything we are told by Washington, and our allies see it clearly and are speaking out as well. I can confirm this from my recent visits overseas in 2013, with one taking us deep into Syria from Turkey. We also completed our first two trips to Egypt to meet with the highest levels of that new government with our partners at the Westminster Institute. More trips are planned for 2014.

Overseas it was the Syria “Red Line” and Egyptian Muslim Brotherhood debacles. Then there is the high seas intimidation by China, and the specter of North Korean nukes. While all this bodes ill, John Kerry sets a different priority, he and Obama are making foolish and naïve attempts at peace between Israel and the ‘Palestinians’, right after the secret negotiations and then the appeasing deal with Iran. Again, all behind our allies’ backs as they now apply new pressure on Israel while giving money to the ‘Palestinians.’

Here at home agencies of government are being used in hit operations on its citizenry through the IRS, EPA, BATFE, OSHA, and others, even the media is frightened. With the NSA collection of data on ALL Americans, we no longer have any reason to believe in privacy. With the continuing cover-up of the Benghazi attack, and the ever unresolved Fast & Furious scandal we can no longer expect accountability. Then there is the ObamaCare fraud and lies, with government bailouts looming for insurance providers. Piled on top of that there is the sluggish economy and a ‘jobless recovery,’ all while the Stock Market breaks records; just incredible. Nothing is resolved, and no one is held accountable, and then there is the debt, the debt, and the debt…

No wonder he was chosen for uttering the “Lie of the Year!” It should be the lie of the decade as it began so long ago to induce America into his fraudulent designs. His pen has been his other weapon of mass destruction.

Finally, in the Congress, there are efforts under way to either impeach the President or to charge him in the Courts with several violations of the law and of the Constitution – all of which we support in principle but all of which are very “long shots” at a time when the Senate remains in lockstep control by the Democrats. 2014 is the year we must unseat Harry Reid as the Majority Leader and take the Senate back.

It is for these reasons that Stand Up America US is seriously considering a major initiative in the form of a highly detailed “House Resolution of No Confidence” — as described in major articles I wrote (here), by former senior Senate staffer Jim Guirard (here), and by World Net Daily columnists Bob Unruh (here) and Drew Zahn (Here).

SUA, with its supporters across this great Nation, are not giving up. We continue to Stand Up with you to ensure the Republic survives. Please join or renew with us now and tell your friends.

Come and see us at www.standupamericaus.org for updates, other original and exclusive articles, alerts, and postings we think you may want or need to read and digest.

We are thankful for the support we have received from so many generous sources over the years, both in funding and volunteerism, but sadly, our job is far from over and we have much more to do – particularly with respect to the “Resolution of No Confidence” initiative described in the articles linked above.

“If you like your President, Senators, and Representatives…you can keep them,” or… well, you know what to do. One thing is clear – the Senate is first on the list in 2014!

PLEASE HELP Stand Up America US expose and stop these insidious deeds and stem our decline.
Thank you again for your support – please make a donation today:

Thanking you in advance, 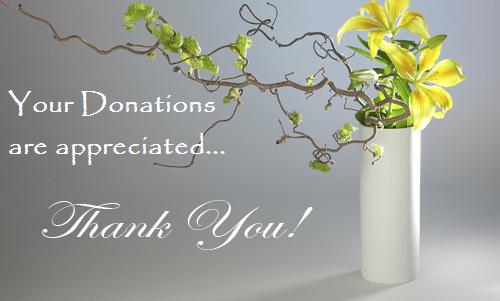