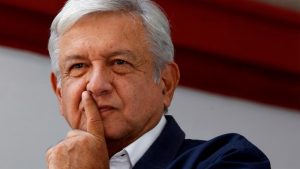 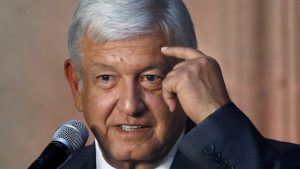 MEXICO CITY (Reuters) – On his first full day in office, Mexican President Andres Manuel Lopez Obrador defended a plan to end lawlessness with a new national guard, an initiative that risks upsetting some supporters who favor a less militarized approach.

In a Sunday morning speech, Mexico’s first leftist president in decades continued to pivot from an emphasis during the campaign on peaceful reconciliation and even amnesty for some involved in the country’s grueling drug war to a more traditional approach defined by more soldiers and police.

“We must adjust to a new era,” he said, flanked by generals at a military base in the capital, while emphasizing that his security policy will also respect human rights.

In the first phase of his plan, a 60,000-strong national guard force made up of army, navy and other federal police will battle crime while a constitutional reform will be pursued to cement the new strategy.

Lopez Obrador has said the strategy will be put to a public vote, likely in March.

A second phase will add additional military forces to the effort.

“The people of Mexico need their armed forces to address this grave problem of insecurity and violence right now,” said Lopez Obrador, often turning toward the uniformed officers assembled behind him to address them directly.

“We’ve opted for this plan because we trust the armed forces,” he said.

Over the past dozen years, Mexican security forces have toppled some high-profile drug kingpins but more than 200,000 people have been killed and tens of thousands more disappeared since a military-focused approach was initiated in 2006.

The last couple years have seen record numbers of murders, including in some of the country’s most fabled tourist destinations like Acapulco and Los Cabos.

Lopez Obrador’s new security focus has already stirred unease among some human rights activists, who argue the plan ignores past abuses stemming from the “militarization” of public safety.

“We call on the new government to back a civil security model that can create conditions for a gradual withdrawal of the armed forces in public security work,” a coalition of leading human rights groups said in a statement late last month.

In addition to the national guard plan, Lopez Obrador has offered a six-year security blueprint that criticizes drug prohibition as both ineffective and arbitrary. The new president’s allies in Congress have already proposed legislation to decriminalize and regulate the use of marijuana.

During the campaign, his security aides outlined plans to reduce jail time for some crimes, as well as stiffer controls on weapons. The strategy leaned heavily on “transitional justice,” which often involves leniency for those who admit guilt, truth commissions to investigate atrocities and the granting of reparations for victims.

The landslide election winner has not yet detailed how those policies will the implemented. 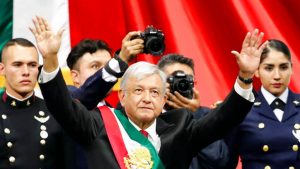 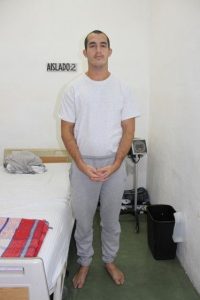 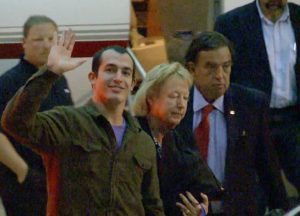