Kerry’s Cease-fire Plan – Has he just “disembarked his spaceship”

Editor’s Note – The usually left-leaning Haaretz publication in Israel posted an article from one of their few less left-leaning journalists today about John Kerry’s latest ventures over structuring a cease fire in Gaza. Barak Ravid nails Kerry but leaves him some wiggle room that we at SUA will not abide, but suffice it to say, you really need to read this article. 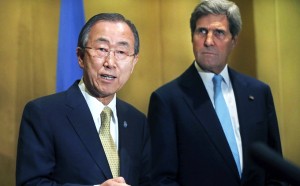 We bring this to you because it appears even they now understand that John Kerry is a few cards short of a full deck – a common malady among those defending Hamas and the so-called ‘Palestinian’ issues.

The operative out takes in this article are the references to whether or not John Kerry just landed on this planet. Or is it something worse?

We know John Kerry has access to all of the history, all of the intelligence, and all of the interactions among all the key players, so for him to do what they describe below, he indeed must have suspended all disbelief, or is practicing willful ignorance and is deftly attempting to throw Israel under the bus driven by that other lunatic,

Erdogan, the PM of Turkey who went completely and certifiably insane this week in his calls that Israel must face trials over Gaza on the world stage. 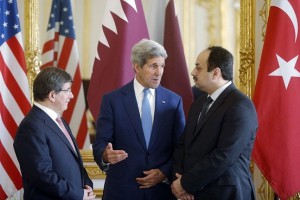 We choose the latter because it is clear that Kerry and his boss have made a ‘pivot’ that is all too clear – acquiescing in the minimum, or outright support of the Muslim Brother and Qatar in the extreme.

This ‘pivot’ is not new, but its starkness now demonstrates what many of us know to be true, but Ravid still does not acknowledge – John Kerry and Obama are NOT allies of Israel.

Again, you be the judge, but in the totality of recent and historical perspective on Kerry, Hillary Clinton, and Obama, it is too hard to give them any due deference anymore.

John Kerry has now elevated Hamas, and its evil cohorts as equals of Israel – or he has attempted to do so. This despite the fact that Hamas is designated as a terror organization by the very department Kerry leads.

Earth to John Kerry, your mother-ship is calling…! Mr. Kerry, al Thani on line one, Qatar, Turkey, and the MB are calling.

Kerry’s latest cease-fire plan: What was he thinking?

Kerry isn’t anti-Israeli; on the contrary, he’s a true friend to Israel. But his conduct in recent days over the Gaza cease-fire raises serious doubts over his judgment and perception of regional events.

The press conference U.S. Secretary of State John Kerry convened together with UN Secretary-General Ban Ki-moon and Egyptian Foreign Minister Sameh Shukry was one of Kerry’s most embarrassing incidents since taking office. And there were quite a few in the last year and a half.

A few hours before the press conference began, the Israeli security cabinet ministers unanimously rejected Kerry’s cease-fire plan draft. Kerry, as is his wont, seemed and sounded as if he came from a parallel universe. He claimed to have never presented Israel with a formal offer for a cease-fire, slammed the Israeli media’s “mischievous reports” and promised that Netanyahu’s office will issue a clarification.

As if that wasn’t enough, Kerry claimed he made significant progress in the cease-fire talks and said, deadpan, that the disagreements with Israel are purely on matters of terminology. Reality, of course, was completely different. If anything happened on Friday it was another deep crisis in trust between Israeli senior cabinet members and the American secretary of state. 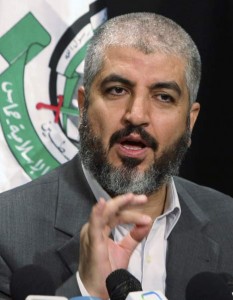 The draft Kerry passed to Israel on Friday shocked the cabinet ministers not only because it was the opposite of what Kerry told them less than 24 hours earlier, but mostly because it might as well have been penned by Khaled Meshal. It was everything Hamas could have hoped for.

The document recognized Hamas’ position in the Gaza Strip, promised the organization billions in donation funds and demanded no dismantling of rockets, tunnels or other heavy weaponry at Hamas’ disposal. The document placed Israel and Hamas on the same level, as if the first is not a primary U.S. ally and as if the second isn’t a terror group which overtook part of the Palestinian Authority in a military coup and fired thousands of rockets at Israel.

On Saturday, the State Department distributed photos of Kerry’s meeting with Qatar and Turkey’s foreign ministers in Paris. The three appear jovial and happy-go-lucky.

Other photographs show Kerry carousing romantically with the Turkish foreign minister in the pastoral grounds of the U.S. ambassador’s home in Paris, as if the Turkish official’s prime minister didn’t just say a few days ago that Israel is 10 times worse than Hitler.

The secretary of state’s draft empowered the most radical and problematic elements in the region – Qatar, Turkey, and Hamas – and was a slap on the face to the rapidly forming camp of Egypt, Israel, the Palestinian Authority, Jordan, Saudi Arabia, and the United Arab Emirates, who have many shared interests.

What Kerry’s draft spells for the internal Palestinian political arena is even direr: It crowns Hamas and issues Palestinian President Mahmoud Abbas with a death warrant.

It’s not clear what Kerry was thinking when he presented this draft. It’s unclear what he had in mind when he convened the Paris summit. It can only be seen as surreal. Along with foreign ministers from Europe’s major nations Kerry greeted with regal honors Hamas’ Qatari and Turkish patrons, ignoring what Israel, Egypt, and the Palestinian Authority might have had to say.

Kerry isn’t anti-Israeli; on the contrary, he’s a true friend to Israel. But his conduct in recent days over the Gaza cease-fire raises serious doubts over his judgment and perception of regional events.

It’s as if he isn’t the foreign minister of the world’s most powerful nation, but an alien, who just disembarked his spaceship in the Mideast.

For a few moments Friday one could not avoid recalling the things Defense Minister Moshe Ya’alon said about Kerry, and admit that despite the fact that it wasn’t appropriate, he may have had a point.

If Kerry did anything on Friday it was to thwart the possibility of reaching a cease-fire in Gaza. Instead of promoting a cease-fire, Kerry pushed it away. If this failed diplomatic attempt leads Israel to escalate its operation in Gaza, the American secretary of state will be one of those responsible for every additional drop of blood that is spilled.