What’s in a name? No! We are not discussing the rose, rather Islam. More specifically, who “IS” the “Khorosan Group?” Invent a name, hide the past. That is what resulted from an aide referring to the location this group from al Qaeda in Afghanistan came from sources tell us. Conveniently affording Obama and team a veil to cover the truth.

“ISIL is not Islamic. No religion condones the killing of innocents, and the vast majority of ISIL’s victims have been Muslim.”

This now famous utterance by President Obama prior to 9/11/14 was assailed immediately by a large swath of experts and the alternative media here in the blogosphere.

Of course, that statement is just another manifestation of his penchant for deceiving the country to achieve his political ends. 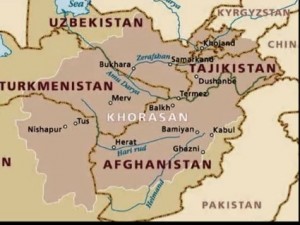 Tell them some big grandiose tales with fervor and the masses will believe.

Tell the world that al Qaeda is decimated and on the run, the masses will cheer. Of course he said that to get reelected in 2012. It worked, but now we are paying for it.

On just two points, we can sum up Obama’s presidency – Islam is peaceful and al Qaeda is decimated! Both are blatantly untrue and we and many others have demonstrated this for years.

Think about it, change the name, you change the perspective, therefore you win in the political sphere.

The left is famous for labeling and redefining words, so why not call al Qaeda a new name as they emerge as a very clear and present danger again.

But it is actually worse when it comes to saying ISIS (Da’esh) is not Islamic. If that is true, then what are the people who make up the other evil forces emanating from Islam? Let’s mention just a few:

Notice any similarities? Yes, we thought you would – all are Islamic. This list is not even close to all that could be mentioned, but you get the point, Obama made a very disingenuous statement.

The question is, how many of these are al Qaeda affiliates or off-shoots? How many were created since 2009, or after Osama bin Laden was killed? Again, you get the point, Obama is misleading you for political cover or gain. You live in either Dar al-Harb, or Dar al-Islam – the land of war, or the land of Islam.

Our own State Department and Counter-terrorism Centers list most of these, and they far out number any other terrorist organizations like the Irish Republican Army, Japan’s Aum Shinrikyo, and FARC in Columbia. Terrorism is indeed a trademark of Islam. There are many people tracking these groups and many more. See also here, and here at Jihad Watch. 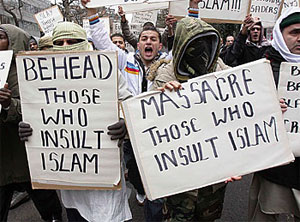 Another point we want to emphasize is that al Qaeda comes in many names, some they assigned to themselves, others that were assigned by the west – why? Because there are political games played right in front of your eyes – like the Khorosan Group!

Yes, Obama and team gave al Qaeda a new name so you would not notice that his boasts and football spiking were all dishonest and self-serving.

Al Qaeda is bigger and stronger than ever – but these are just names that are all one thing – Islamic Jihadism, fundamental Islam carried out as proscribed by their prophet, fanatically. Muhammad would approve, especially the beheading parts!

Now ask, who is supporting all of them – think in large measure, Qatar, Turkey, Russia, Iran, Kuwait, Saudi Arabia… the Muslim Brotherhood.

Let’s also consider another aspect, if it isn’t Islam, what is it? In your own words Mr. President, you tell us that Muslims die in far greater numbers at the hands of these evil doers. There is a reason for that, it is called apostasy. In Islam, by order, you are all in or you are an apostate. That brings us to another point; all these groups come from Islamic nations.

The Pew Research Center tells us there are 49 countries with Muslim majorities, with Nigeria about to become the 50th, but that was a number from 2011, so Nigeria may already qualify.

The Muslim world is over 24% of the Earth’s population, or almost 1.7 billion people and stretches from Morocco to Indonesia, so do all the groups listed above. The Muslim footprint grows daily and many countries’ indigenous peoples will soon become minorities in the west.

One large final question to ask, what are mosques in the West delivering in their sermons that fighters from the West are joining al Qaeda against the West. 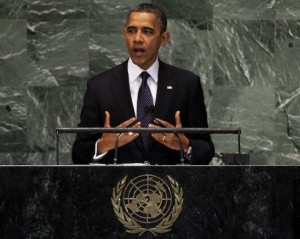 We’re being had. Again.

For six years, President Obama has endeavored to will the country into accepting two pillars of his alternative national-security reality. First, he claims to have dealt decisively with the terrorist threat, rendering it a disparate series of ragtag jayvees.

Second, he asserts that the threat is unrelated to Islam, which is innately peaceful, moderate, and opposed to the wanton “violent extremists” who purport to act in its name.

Now, the president has been compelled to act against a jihad that has neither ended nor been “decimated.” The jihad, in fact, has inevitably intensified under his counterfactual worldview, which holds that empowering Islamic supremacists is the path to security and stability.

Yet even as war intensifies in Iraq and Syria — even as jihadists continue advancing, continue killing and capturing hapless opposition forces on the ground despite Obama’s futile air raids — the president won’t let go of the charade.

Hence, Obama gives us the Khorosan Group. The who?

There is a reason that no one had heard of such a group until a nanosecond ago, when the “Khorosan Group” suddenly went from anonymity to the “imminent threat” that became the rationale for an emergency air war there was supposedly no time to ask Congress to authorize. (Read the rest here.)

We agree with Andy – we were sold a bill of goods again!