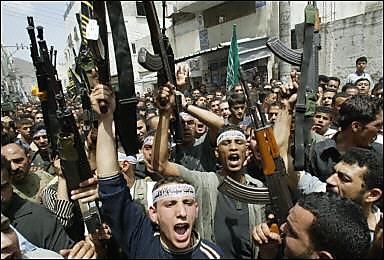 The commander of Israel’s Home Front issued a stark warning on Monday that the Middle East is headed for a full-scale, multi-front war that would see the use of weapons of mass destruction.

“After the Arab Spring, we predict that a winter of radical Islam will arrive,” Major-General Eyal Eisenberg told a press conference in Tel Aviv. 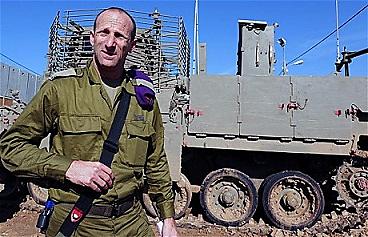 Major-General Eyal Eisenberg
“As a result the possibility for a multi-front war has increased, including the potential use of weapons of mass destruction.”

While touring the Syrian border in Israel’s north he said he could see no reason for Israel’s adversaries to launch a large-scale conflict. “I am also convinced that none of our enemies will dare use chemical weapons against Israel, not now and not in the future,” he added.

General Eisenberg himself took to Israeli army radio to explain that his comments had been taken out of context. He maintained, however, that the threat of a Middle Eastern conflict was increasing and pointed to strained relations between Israel and Turkey as a cause of further instability.

Major-General Uzi Dayan, a former national security advisor to Israel, also discounted the possibility of an imminent Middle Eastern conflict. “This pronouncement came from a very young General,” he told the Daily Telegraph, but added that regional instability following the Arab Spring undoubtedly poses a growing security threat. Israel is watching Turkey and Egypt particularly closely fearing they may be about to enter into a hostile agreement, he said.

Turkish Prime Minister Tayyip Erdogan has announced he will visit Cairo next week to discuss political and economic cooperation with the Egyptian leadership.

Analysts predict he may use this trip to make his long-threatened trip to Gaza.