We truly are in the land of utter disbelief. The IRS Scandal is one huge and complicated set of moving parts and its hard to maintain any focus to gather in the breadth and depth of all the wrong-doing and excuses. Things do not look right, smell right, sound right, or feel right, but we are told there was not a “smidgeon of corruption.” 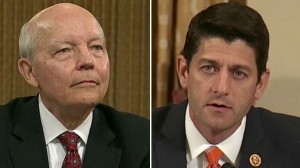 The Republicans were investigating, the Democrats were smearing, while accusing the Republicans of smearing. But look at how it was characterized by the MSM or “Establishment Media” as posted at Newsbusters:

After ten days of ignoring the June13 revelation that the IRS mysteriously lost two years worth of Lois Lerner’s emails related to the scandal plaguing the agency, Tuesday’s network morning shows finally took notice of the development only to tout Democrats dismissing the latest congressional hearing on the government abuse as a “farce.” [Listen to the audio or watch the video after the jump]   NBC’s Today and CBS This Morning both provided full reports on the “contentious” hearing in which “Republicans unleashed their full fury” on IRS Commissioner John Koskinen. On Today, correspondent Peter Alexander proclaimed: “The hearings showcased another round of bitter partisanship, with little resolution in sight.” A soundbite followed of Massachusetts Democratic Congressman John Tierney declaring: “I don’t think I’ve seen a display of this kind of disrespect in all the time I’ve been here in Congress.”

A clip played of Republican committee chairman Darrell Issa admonishing Tierney: “I would caution all members not to characterize the intent or the character of your fellow members here on the dais.” Virginia Democrat Gerry Connolly quipped: “I was going to say, but it’s fair to question the integrity of the witness?”

What is certain, the left is definitely not looking out for those they represent, they were instead defending their own in the party. They certainly were not acting as Americans First, while accusing the right of attacking the President. Yet the Commissioner, John Koskinen, would not apologize for what happened.

We know that wrong-doing took place, so why was the left not investigating? We know there is a connection, because guess who else lost some emails, Nikole Flax, who served as chief of staff to former IRS commissioner Steven Miller. Patrick Howley at the Daily Caller wrote this excerpt:

Flax was one of seven IRS employees including ex-official Lois Lerner whose emails to and from White House officials and other Obama administration agencies were purportedly deleted and could not be handed over to congressional investigators.

Flax held personal meetings with a top assistant to President Obama and also colluded with Lerner to prosecute conservative activists.

Flax made 31 visits to the White House between July 12, 2010 and May 8, 2013, according to White House visitor logs. Flax’s visits started in the early days of the IRS targeting program and ended just two days before the IRS scandal broke on May 10, 2013.

Flax met twice in the Eisenhower Executive Office Building with deputy assistant to the president for health policy Jeanne Lambrew, on Oct. 5, 2012 and Jan. 15, 2013.

Who is Jeanne Lambrew? 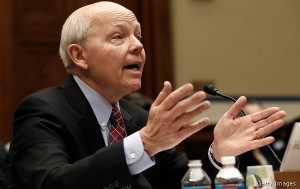 Why is the left not fuming over such incredible activity, blithely defending the indefensible? Once again, one must suspend disbelief to even entertain the left’s accusations, excuses, and blame game tactics. It is more and more obvious daily that the White House was thoroughly involved.

We know that the IRS has admitted to wrong-doing already in this case as we see what Kevin McIntyre wrote at the Daily Signal:

Two years after activists for same-sex marriage obtained the confidential tax return and donor list of a national group opposed to redefining marriage, the Internal Revenue Service has admitted wrongdoing and agreed to settle the resulting lawsuit.

The Daily Signal has learned that, under a consent judgment today, the IRS agreed to pay $50,000 in damages to the National Organization for Marriage as a result of the unlawful release of the confidential information to a gay rights group, the Human Rights Campaign, that is NOM’s chief political rival.

“Congress made the disclosure of confidential tax return information a serious matter for a reason,” NOM Chairman John D. Eastman told The Daily Signal. “We’re delighted that the IRS has now been held accountable for the illegal disclosure of our list of major donors from our tax return.” (Read the rest here.)

Nothing to see here folks. Move along…

The key thing to remember is that in the Plame case, it was one so-called covert agent exposed, in this case, its hundreds of regular everyday citizens who were denied their first amendment rights. Americans were targeted by the strongest of all governmental agencies, the one we all fear. Then there are the inconsistencies, outright lies, the cover-up, and destruction of evidence. Then, as we found out this morning, the IRS itself was not obeying the archival laws. 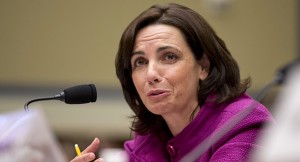 Jennifer O’Connor of the Office of the White House Counsel, center, who was subpoenaed by House Oversight and Government Reform Committee Chairman Rep. Darrell Issa, R-Calif., testifies on Capitol Hill in Washington, Tuesday, June 24, 2014, before the committee’s hearing on the IRS targeting scandal. O’Connor once worked at the IRS. (AP Photo/Manuel Balce Ceneta)

Everyone seems to have a bad memory as well. Take a look at one of the key witnesses today, Jennifer O’Connor, a white House lawyer who worked for the IRS in the attempt to clean it up:

White House attorney Jennifer O’Connor testified before the House Oversight and Government Reform Committee Tuesday that she couldn’t recall who she worked with during her six months at the IRS.

Before working for the Office of White House Counsel, O’Connor worked for the IRS from May 2013 to November 2013 to help the agency deal with the IRS scandal.

Besides naming acting IRS Commissioner Daniel Werfel, IRS Chief Counsel William Wilkins, and IRS Deputy Chief Counsel of Operations Chris Sterner – whom she reported to – O’Connor could not name one person she interacted with or specifically reported to her during her tenure at the IRS. (Read more here.)

When one cannot argue the law, or the facts, attack the prosecutor. We saw that take place numerous times as well. Then there was all the praise heaped upon John Koskinen, the IRS Commissioner.

Where do we go from here? Darrel Issa did not adjourn the hearing, so look for more of the same. It really was worthy of pay-per-view admission to watch last night.

It is clear that we the people have no way to redress our grievances when the IRS can get away with the power to tax, search and destroy through bolos, all while never being held accountable. Why and how could anyone defend that?