Editor’s Note – Holder is once again scheduled to testify before a hearing panel to explain why the CIA at the behest of unknowns, created a kill list of Americans in foreign lands.

Holder used legal language that was likely re-formatted to justify carrying out the killing of American citizens without due process, much less allowing interrogations that would reveal more key intelligence on terror networks. Where is the oversight of these subjective legal decisions by this administration, especially over Eric Holder.

By Sari Horwitz and Peter Finn 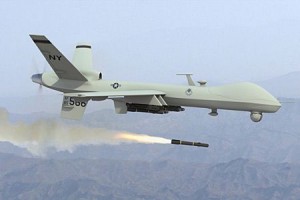 Attorney General Eric Holder is expected Monday to provide the most detailed explanation yet of the Obama administration’s secret decision-making leading up to the targeted killing of a U.S. citizen last year in Yemen.

The Justice Department wrote a still-classified memo that provided the legal rationale for the targeting of American-born Anwar al-Awlaki that also included intelligence material about his operational role within al-Qaida’s affiliates in Yemen.

Holder is expected to say that the killing of Awlaki was legal under the 2001 congressional authorization of the use of military force and that the United States, acting in self-defense, is not limited to traditional battlefields in pursuit of terrorists who present an imminent threat, including U.S. citizens.

The official would only discuss the address on the condition of anonymity because it will not be released until shortly before Holder speaks.

Awlaki, a U.S. citizen born in New Mexico, was the chief of external operations for al-Qaida’s affiliate in Yemen, which has attempted a number of terrorist attacks on the United States, according to administration officials. He had been placed on “kill lists” compiled by the CIA and and the military’s Joint Special Operations Command. Awlaki was killed in September in Yemen in a joint CIA-JSOC drone operation.

The Awlaki operation was carried out after the administration requested and received an opinion from the Justice Department’s Office of Legal Counsel saying that targeting and killing U.S. citizens overseas was legal under domestic and international law.

Senior Obama administration officials, including John Brennan, the president’s counterterrorism adviser and Harold Koh, the State Department legal adviser, have given speeches that offered a broad rationale for U.S. drone attacks on individuals in al-Qaida and associated forces.

On Feb. 22, Pentagon General Counsel Jeh Johnson gave a speech at Yale Law School, saying that the targeted killing of those suspected of engaging in terrorist activities against the United States, including U.S. citizens, is justified and legal. He did not mention al-Awlaki by name or the secret CIA drone program.

Monday will be the first time that the country’s chief law enforcement official discusses the legal justification for the targeted killing of a U.S. citizen. His remarks will be included in what administration officials are calling a major national security speech. The speech may not mention Awlaki by name, but it is expected to provide a more detailed explanation of the Justice Department’s reasoning.

Within the administration, there was some reluctance on the part of the intelligence community to engage with the subject at all publicly. But others argued that the killing of an American citizen by the U.S. government was such an extraordinary event that there had to be some public accounting.

Holder’s much-anticipated speech will also outline the Obama administration’s approach to counterterrorism and the rule of law, according to a source familiar with the address. Holder will discuss the broad new waivers that President Barack Obama issued last week that allow U.S. law enforcement agencies to retain custody of al-Qaida terrorism suspects rather than turn them over to the military.

Holder will also highlight the success of the civilian court system in the prosecutions and convictions of suspected terrorists. One case he is to cite as an example is the “underwear bomber,” Umar Farouk Abdulmutallab, the Nigerian who tried to bring down a U.S. commercial flight on Christmas Day 2009 by detonating a bomb hidden in his underwear. He was sentenced to life in prison last month.

Abdulmutallab was arrested by federal law enforcement agents, given his Miranda rights within an hour and processed through the civilian criminal justice system. Some Republican critics argued that Abdulmutallab should never have been advised of his rights to counsel and that the administration should have considered turning him over to the military to continue his interrogation.

But administration officials said they got the intelligence they needed from him immediately and later he provided further details on al-Qaida in the Arabian peninsula. Some of that, including Awlaki’s operational role, was revealed at Abdulmutallab’s sentencing.

Prosecutors said Abdulmutallab was acting on the orders of Awlaki, which may have been a critical factor in the legal reasoning in the classified Justice memo justifying his killing.

Holder will also discuss the debate over whether terrorist suspects should be tried in federal criminal courts or military commissions. The administration argues that military commissions are appropriate for a small and select group of cases, but that they should have the ability to transfer some suspects at Guantanamo Bay, Cuba, to the U.S. for trial. Congress, however, has blocked such prosecutions.