Editor’s Note – Gary Aldrich served in the FBI for 26 years and was assigned to the White House bracketing the Reagan and Clinton Administrations. In his White House post, he was the responsible for background checks for positions including White House Counsel, Chief of Staff, Secretary of State, Attorney General, FBI Director, and other cabinet posts.

Prior to his White House assignment, Aldrich held liaison positions in both the U.S. House of Representatives and the U.S. Senate. From 1969-1986, he served as FBI Special Agent Investigator in Austin, Los Angeles, Miami, and Washington, D.C. (Read more here.)

History of incompetence and dangerous decisions

I have extensive experience in national security matters, including years served in the House, the Senate and the White House, where I was detailed as senior FBI special agent liaison and investigator with the Bush and Clinton White House counsel’s office.

There was never a question that national security was a top priority for George H.W. Bush’s executive branch. The security system was ironclad, serious and professional. The rest of the federal agencies followed the lead of the Bush White House.

Our national security group consisted of the FBI, the CIA, the Department of Defense and the Secret Service, all working united in a common mission. I cannot recall a single complaint that the Bush administration ignored warnings or suggestions of those ready to give their all — including their lives — to protect the president and his White House, and our national security. We performed our mission, and it was appreciated by the Bush team. 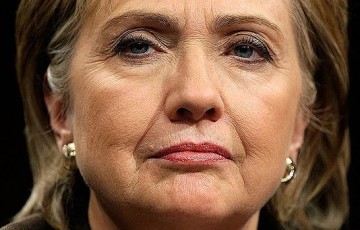 Contrast that with the mess that occurred when Bill Clinton and Hillary Rodham Clinton took office. The administration, with few exceptions, did not take national security seriously. National and White House security were not priorities. We were shocked.

Because of an obvious disregard for security-related matters throughout the executive branch, career professionals left the Clinton White House and their respective agencies in droves. I knew many who did, and it was a sad day when another one would greet us in the hallways of the Old Executive Office Building with an announcement of retirement, transfer or outright resignation. I could not blame them. I also approached my FBI managers with my own request for reassignment.

Why did I want to leave one of the most unique assignments an FBI agent could achieve? The bad attitude the Clintons had toward national security made it impossible for us to perform our duties successfully. Their failure to properly assess threat levels, along with their unwillingness to acknowledge that they knew little about national security, was a recipe for disaster. We knew this from experience.

Mrs. Clinton eventually was accused in congressional testimony of ordering the hiring of Craig Livingstone — a former bar bouncer — to head the White House security office. Mr. Livingstone also headed up liaison with the FBI. His was not a serious appointment — he was a joke. Some of my security friends thought that this was Mrs. Clinton’s way of showing us that she held no respect for us.

Lacking respect did not discourage Mrs. Clinton from using security agencies as a hammer to attack and punish those who stood in her way. The FBI, the Secret Service and the Internal Revenue Service hounded and then prosecuted seven innocent men who worked for the White House travel office simply because they were standing in the way of Mrs. Clinton’s political interests and ambitions. She knew federal investigations would destroy those good men, but she wanted her friends in those slots, and that was all that mattered.

No one could understand why Mrs. Clinton would want to insert herself into security matters. She was neither elected nor appointed, and day-to-day security issues were considered dry or boring. Security usually is not micromanaged by the front office. Moreover, a good front office always staffs this important function with the best candidates. One possible reason for Mrs. Clinton’s unusual interest was that she and her husband had much to hide. There was no statutory authority for her to be so involved, but that didn’t seem to matter, either.

The Clintons left a wake of questionable activities behind them. Both had come up from the same crowd — the anti-war left, where Saul Alinsky taught that all truth was relative, a tool to be used to win. Having won the White House, Mr. Clinton had little interest in staffing, as documented in articles and books explaining the chaos, released after the fact.

Mrs. Clinton called on Arkansas Rose Law Firm associates to staff the Clinton White House Counsel’s Office. Most memorable among these was Vince Foster, who died in Fort Marcy Park of an apparent self-inflicted gunshot wound. Foster, a seemingly decent man, was deputy counsel in charge of the overall security program in the White House. He possessed no background or education for the job. Foster’s deputy, William Kennedy, also a former co-worker of Mrs. Clinton, supervised Craig Livingstone. FBI and Secret Service agents did their best to work with this trio, but within days it was clear that there was not a dime’s worth of experience between them regarding White House security or national security. That didn’t seem to register in Washington, where perception trumps logic and truth.

Soon the predictable happened, as the Clinton White House became a swamp of scandal and chaos, eventually resulting in Mr. Clinton’s impeachment. We were lucky that nothing worse than the Monica Lewinsky scandal occurred. The Clinton White House — with a security system conceived and overseen by Mrs. Clinton — was an exceptionally soft target for espionage and also for a deadly terrorist attack.

Five House members recently raised questions about Huma Abedin, an aide in Mrs. Clinton’s State Department, whose family has ties with terrorist sympathizers. This aide should not be a candidate for close access. Only those completely above suspicion should ever be given close access to a Cabinet secretary’s daily business or schedule. Such a person would require the highest clearance possible. Agendas, comings, goings, identities, plans, what the president says and thinks — that is a virtual treasure trove of key data if a potential spy can access an inner circle participant. Of course, Mrs. Clinton’s choice for a constant travel companion could be an innocent person, but if the FBI director’s closest aide was the son of a Mafia boss, would that be deemed acceptable?

On the heels of this national security background investigation mystery, now there are four deaths — one of a U.S. ambassador — apparently because of other lapses in national and embassy security procedures at Mrs. Clinton’s State Department. She hired a former bar bouncer for White House security — who runs the State Department’s security office?

Mrs. Clinton has a documented track record of interference and poor judgment as she micromanaged the White House security program, sans credentials. In recent days, she has said that what happened in Libya is her fault, and maybe that’s the truth. The media ought to ask her some tough questions about State Department security, and then seek to get some straight answers.

More important, a preventable horror such as the one that happened in Benghazi, Libya, on the anniversary of the Sept. 11, 2001, attacks should require an in-depth congressional hearing. No one should be allowed to hide behind weak, insincere apologies or cover up a national security collapse. Our nation and the families of the victims deserve better, and true accountability can prevent future national security debacles.

Gary Aldrich is president of The Patrick Henry Center for Individual Liberty and author of “Unlimited Access: An FBI Agent Inside the Clinton White House” (Regnery, 1996).