Editor’s Note – As the recent bombshells dropping in anticipation of Peter Schweizer’s book “Clinton Cash,” the pressure is mounting on the Clinton campaign and the Clinton Foundation.

Last month the pressure was on Gowdy as well, when he apologized for taking six months to subpoena her emails.

With the new revelations about the Clinton Foundation’s practices and her possible ‘influence peddling,’ coupled with her refusal to appear privately for transcribed testimony, he has ratcheted up the pressure to force her to appear openly in front of the nation now.

It is clear, her emails are pertinent to Benghazi, but now all her emails may reveal much more about Libya and her foundations actions. There may even be a tie to Benghazi. We all anticipate the release of the book; it should be eye-opening.

The House Committee investigating Benghazi is asking Hillary Clinton to appear for two public hearings on the 2012 terrorist attacks and her email use, according to a letter sent to her lawyer on Thursday. 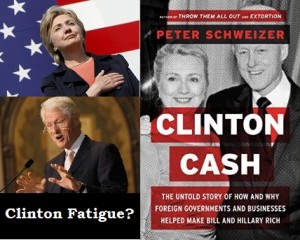 This is a departure from what Benghazi Committee Chairman Trey Gowdy originally requested from the former secretary of state.

The South Carolina Republican wanted a private, transcribed interview on Clinton’s email use and a public hearing on the terrorist attacks.

But Clinton had refused to appear in private to take questions on her use of a private email address while at the State Department.

Her lawyer, David Kendall, had insisted that Clinton was prepared to take questions about her emails, the server that stored them and the Benghazi attacks during a single, public hearing.

Gowdy wrote to Kendall Thursday saying the committee plans to schedule a hearing by the week of May 18 on the emails.

“If that hearing results in assurances the public record is indeed complete, the Committee will schedule Secretary Clinton’s public hearing with respect to the 2012 terrorist attacks in Benghazi no later than June 18, 2015, with specific date being selected after consultation with you,” Gowdy wrote.

Gowdy added in the letter that he is still willing to hold a private hearing on the emails if Clinton has security concerns about answering sensitive questions in public. 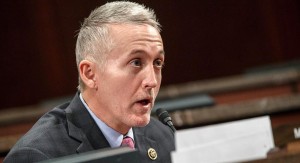 This is a departure from what Gowdy originally requested from the former secretary of state. | AP Photo

The hearings, if they occur, would generate intense scrutiny on Clinton and the congressional Republicans questioning her.

Democrats will be on watch for any overreach on the part of the panel’s seven GOP members.

Any Clinton appearance on the Hill would spark a media frenzy; her recent entrance into the 2016 presidential race promises to only exacerbate it.

Gowdy said in the letter he wants to quickly schedule Clinton so her interviews are not a protracted affair.

“With her cooperation and that of the State Department and administration, Secretary Clinton could be done with the Benghazi Committee before the Fourth of July,” said Gowdy.

“It is necessary to call Secretary Clinton twice because the committee needs to ensure we have a complete and responsive record and all the facts before we then substantively question her on the Benghazi terrorist attacks.