Feinstein’s Acrimony for the CIA Revealed

On Tuesday, December 9, Senator Dianne Feinstein, the Majority leader for the Senate Select Committee on Intelligence (SSCI), stood on the Senate floor for almost an hour and delivered a chilling verbal summary of the $40 million dollar investigation into the CIA Torture Report.

She spoke in a measured and assertive tone naming names all the way through. My bet is she delivered this performance for the sake of setting the table to close Guantanamo immediately out of establishing sympathy for detained combatants. 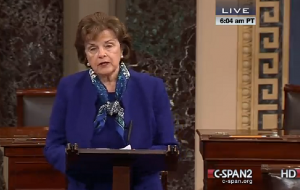 Further, Feinstein put every American in peril, wherever they travel internationally, or are part of the foreign service, or our very own troops.

She has aided and delivered comfort to the enemy as her 500 page summary report has been publicly published for all enemies to read. The summary report also explains sources, methods and locations.

What is worse, several countries friendly to America are formally exposed and will likely hesitate and filter cooperation with U.S. intelligence.

We cannot know the future damage, but the threat assessments have risen dramatically as all foreign U.S. military bases are presently on higher alert and some embassies are in fact closed for an undetermined period of time.

Feinstein denied all evidence that the CIA program saved lives, or stopped terror plots and led us to other terrorists in the global network. But how does this jive perhaps with the fact that over the weekend, Pakistani forces killed the man who was believed to be al-Qaeda’s top operational commander, Adnan el Shukrijumah — a terrorist who was identified thanks to the CIA’s interrogation of two senior al-Qaeda operatives. 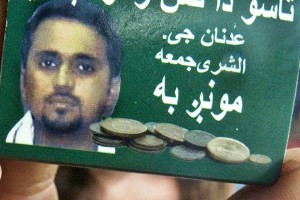 The enhanced interrogation program was terminated several years ago, when in fact it began under the Clinton administration and several measures were passed to ensure they were never applied them again.

For Feinstein to say her only motivation was to ensure this never happened again, is misguided at best and violates OPSEC.

What is worse, the DOJ said they will not prosecute any participants of the program but the United Nations is saying otherwise. That places many contractors and CIA operatives in jeopardy of being bought up on charges under international law.

This matter is by far from over, as we have people in media that are outing names of countries that cooperated and they are posting names of CIA operatives that had a hand in the program.

Feinstein crossed the Rubicon and in the wake of destruction, damage, injury, or loss of life may still yet to be realized. Presently, the Taliban and al Qaeda factions are calling for an increase in attacks of the West already because of this speech and report.

We will never know exactly how many more, but it is certain that more people will be radicalized than she and others thought Guantanamo Bay lured into radicalization.

If you think that George Soros did not have a hand in the Feinstein investigation, you need to think again. Feinstein, in her last act as Chairmen of the SSCI, had no support from the Republicans on her committee and it is clear she did this out of spite because of her well documented hatred for the CIA. Since that speech, many have responded, and most are none-to-pleased, especially our CIA and its former leadership.

The former deputy director of the CIA is ripping the torture report released by Democrats on Tuesday, calling it “deeply flawed.”

“Many of its main conclusions are simply not correct,” Mike Morell, who is a CBS News contributor, told “CBS Evening News.” “And much of the context of the times and much of the discussion that took place inside the executive branch and with the Congress about this program is not in this report.”

In addition to Mike Morell, the Wall Street Journal posted a responses from his predecessors:

The Senate Intelligence Committee’s report on Central Intelligence Agency detention and interrogation of terrorists, prepared only by the Democratic majority staff, is a missed opportunity to deliver a serious and balanced study of an important public policy question. The committee has given us instead a one-sided study marred by errors of fact and interpretation—essentially a poorly done and partisan attack on the agency that has done the most to protect America after the 9/11 attacks.

Examining how the CIA handled these matters is an important subject of continuing relevance to a nation still at war. In no way would we claim that we did everything perfectly, especially in the emergency and often-chaotic circumstances we confronted in the immediate aftermath of 9/11. As in all wars, there were undoubtedly things in our program that should not have happened. When we learned of them, we reported such instances to the CIA inspector general or the Justice Department and sought to take corrective action. 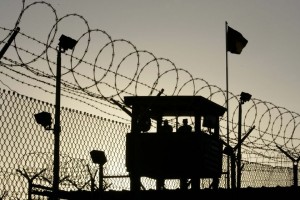 The country and the CIA would have benefited from a more balanced study of these programs and a corresponding set of recommendations. The committee’s report is not that study. It offers not a single recommendation.

Our view on this is shared by the CIA and the Senate Intelligence Committee’s Republican minority, both of which are releasing rebuttals to the majority’s report. Both critiques are clear-eyed, fact-based assessments that challenge the majority’s contentions in a nonpartisan way.

What is wrong with the committee’s report? (Read the rest here.)

Jose Rodriguez, the agent who ran the rendition/interrogation program had his own response to Feinstein:

Jose Rodriguez, former director of the CIA’s National Clandestine Service, told WTOP in an exclusive interview, “For those of us who were there, who read the reporting coming out of our black sites and who acted upon that intelligence, the conclusions by the SSCI report that the program brought no value, and the CIA mislead the Congress is astounding.”

The committee, in a scathing, 600-page summary of a five-year, $40 million investigation into the now defunct Rendition, Detention and Interrogation program, says the agency of misled Congress about a program that essentially brought no value to U.S. efforts to track down the al-Qaida operatives responsible for the Sept. 11, 2001 attacks.

The program included waterboarding, sleep deprivation and other techniques that have been classified as torture. 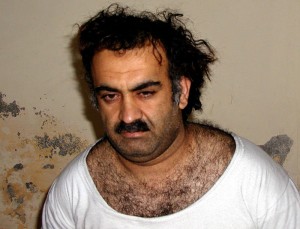 But Rodriguez says the value of the program was clear and convincing. He says the program produced connective intelligence that led U.S. authorities to the key players in al-Qaida’s hierarchy. (Read the rest here.)

This story will burn in the eyes and hearts of the professionals and troops for a long time and we are sad that a person who was often referred to as “the adult in the room” full of her fellow Democrats, Diane Feinstein’s career will be remembered for an act much more infantile and petulant because of her own ego couched as an act of Patriotism.

She has reopened wounds and poured salt on them for what gain for America?

At SUA, we have a real hard time worrying about the way non-citizens who wanted to kill us all and Feinstein along with many in America have forgotten that in the months and years following 9/11/01, we had to act under a “clear and present danger” none of us could fully know or predict.

Hindsight is usually 20/20, but in this case, it reverted to a myopic, personal, and political lens in a tunnel.

She would feel bad if the report caused harm…Somehow that just does not cut it Senator.

Editor’s Note – The article was adapted from an initial blog post after yesterdays events. We have adjusted it and added to it as events have unfurled. As time goes by, updates may be added as new information and responses develop. For more information, please click here to download a PDF from the Open Society Policy Center.

The 500 page report can be downloaded here. In addition, the video of the speech can be viewed here on CSPAN.