DHS Fails to Account for Number of Illegals Allowed to Stay

Editor’s Note – It does not surprise us that the DHS is so shoddy in accounting for the number of illegal immigrants it allows to stay in the country. After all, the Obama administration has totally subverted our immigration system and fails our citizenry to be secure within our borders.

Once again, we only find out the details when an Inspector General reviews a federal department and reveals gaping and glaring issues that should be readily found and corrected by federal agency management. Perhaps this is on purpose – well, it is obvious, especially with DACA, DAPA, Dreamers, Executive Orders, and even to mislead the courts, but you decide.

DHS Fails To Keep Track Of Number Of Illegals Allowed To Stay In U.S.

By Chuck Ross at the Daily Caller

The Department of Homeland Security does not maintain data on how many illegal immigrants it allows to stay in the U.S. through prosecutorial discretion — a failure that could have national security implications — the agency’s inspector general reported Wednesday.

“The Department’s ability to accurately assess the results of policy decisions and make needed changes is important given its modified approach to immigration enforcement,” wrote inspector general John Roth. 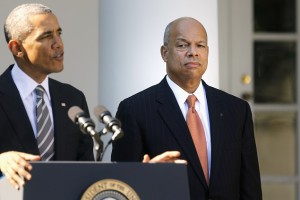 U.S. President Barack Obama (L) announces Jeh Johnson (R) to be his nominee for Secretary of Homeland Security, in the Rose Garden of the White House in Washington, October 18, 2013.

In June 2011, U.S. Customs and Immigration Services, a branch of DHS, issued a memo which expanded the use of prosecutorial discretion, thus granting federal immigration agents the ability to decide whether or not to release illegal aliens from federal custody.

Obama followed that up with an executive action which provided amnesty to so-called DREAMers under Deferred Action for Childhood Arrivals.

But as Roth’s report notes, DHS has not maintained consistent records to show how these policies have been implemented, a failure that could have national security and public safety implications.

“The Department may also be missing opportunities to strengthen its ability to remove aliens who pose a threat to national security and public safety,” Roth wrote. 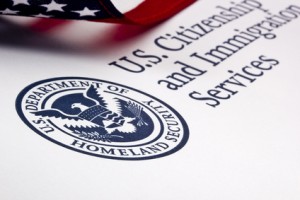 USCIS, and two other DHS sub-agencies, Customs and Border Protection and Immigration and Customs Enforcement, do collect some data on prosecutorial discretion, such as for DACA-eligible individuals.

USCIS reported that as of Sept. 30, 2014, it had approved 632,855 DACA applications while CBP released 650 DACA-eligible individuals from its custody.

While ICE records some instances of prosecutorial discretion, Roth notes that some field office personnel do not record every time it is invoked.

In fiscal year 2014, ICE recorded 12,757 instances in which an ICE officer intervened to release an alien deemed to not be an enforcement priority.

But, “ICE officials noted that field office personnel do not always record their use of prosecutorial discretion because they make these decisions daily and it would be too time consuming to record every occurrence,” Roth reported.

Though ICE did keep some statistics on its use of prosecutorial discretion, it did not maintain records of how many DACA-eligible individuals it released. 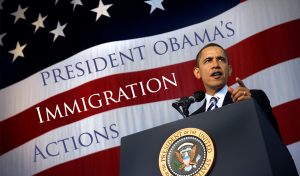 Roth notes that while DHS reports enforcement data such as alien apprehensions, detentions and removals, its reports do not include prosecutorial discretion data.

Roth suggests that DHS could begin gathering data on aliens who receive prosecutorial discretion but later commit a crime or pose a threat to national security or public safety.

Roth also noted another “potential issue” that could have national security and public safety implications.

“ICE field office personnel said they might not always have access to an individual’s criminal history in his or her country of origin. As a result, aliens convicted of or wanted for a felony committed in their home country, but not convicted of a felony or significant misdemeanor in the United States may not be identified as a DHS enforcement priority.”