Editor’s Note: As SUA has been reporting at length, for years now, it is the grand chess master in Tehran that is pulling the strings of its puppets from Tunisia to Syria, from Afghanistan to Iraq. Recent activity, as reported below, further demonstrates what is taking place in the Middle East. MG Vallely has described this, and has been warning all, that the Mullahcracy in Iran has been planning, staging, arming, and crippling other states in the region through its intermediaries like the Muslim Brotherhood, Hamas, Hezbollah, and now, the Jihadi Islami! 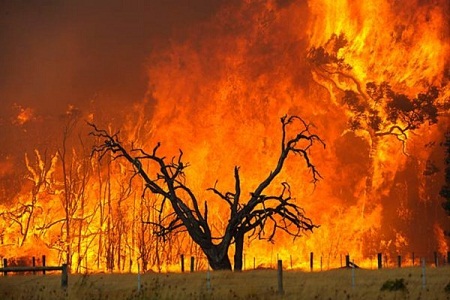 Word from the streets of Lebanon and Syria points to a very hot September. The people in the region are very nervous, and talk is rampant that the conflicts and events of the Arab Spring, are now on the verge of erupting into a far greater conflagration than we have witnessed thus far.

The article below gives us, and should also give you, great pause, as predictions seem now to be becoming reality. The beginnings of a new fire storm, with Israel in the cross hairs, long anticipated, also bodes an ill-wind for the rest of the western world.

As Iran gets set to reveal its latest missile batteries, sails its naval assets in the blue waters of the Atlantic, and cruises off the shores of Syria in the Mediterranean, there is much more below the surface we are not seeing. Tehran is playing the world as the grand master chess champion – is CHECKMATE the next word we hear?

From Israpundit by Ted Belman

The role of Iran and Hizballah in manipulating the ongoing Palestinian war on Israel from Gaza is manifest, debkafile’s military sources report. They planned, orchestrated and funded the coordinated attacks on the Eilat Highway Thursday, Aug. 18 – in which gunmen shot dead eight Israelis and injured 40 – and its sequel: volleys of 90 missiles launched day and night from Gaza against a million Israeli civilians since then.

Yossi Ben-Shoshan, 38, from Ofakim, was killed by one of the dozen Grad missiles hitting Beersheba and his home town Saturday night. More than a dozen people were injured, at least one critically.

The prime mover in the missile blitz is Tehran’s Palestinian arm, the Jihad Islami, which is responsible for 90 percent of the launches. Hamas is left on the sidelines, cut off for the first time from top levels of authority in Tehran and Damascus.

The IDF is held back from substantive action to snuff out the Iran-backed offensive by the indecision at the policy-making level of the Israeli government, which is still feeling its way toward determining the dimensions and potential thrust of the military crisis landing on Israel out of the blue.

Under Egyptian, Israeli and US noses, Tehran managed to transfer to its Palestinian arm in Gaza, the Jihad Islami, more than 10,000 missiles well in advance of the violence launched three days ago. Most of them are heavy Grads bringing Beersheba, capital of the Negev and Israel’s 7th largest town (pop. 200,000), within their 30-kilometer range for a sustained, massive missile offensive.

Tehran has now launched the hardware smuggled into the Gaza Strip ready for a Middle East war offensive for five objectives:

debkafile’s Washington sources disclose that US Secretary of State Hillary Clinton outlined this peril to Egypt’s military ruler, Field Marshall Muhammad Tantawi, Saturday night, Aug. 20, to dissuade him from recalling the Egyptian ambassador to Israel over the deaths of three or five Egyptian police in the melee over the Palestinian terror attack near the Sinai border.

This danger was on the table of Israel’s inner cabinet of eight ministers when they met early Sunday to decide on IDF action for terminating the Palestinian missile war.

However, just as Cairo discovered that its operation for eradicating al Qaeda and other Islamist radical groups’ grip on Sinai would give Iran the pretext for aggression, Prime Minister Binyamin Netanyahu and the IDF high command found themselves at a loss to determine whom to attack.

Up until now, Israel declared the Hamas rulers of Gaza accountable for all attacks originating in the enclave.

That formula is no longer valid. The Eilat Highway attacks were planned and executed behind Hamas’s back and so was the missile offensive – until Saturday night, when Hamas decided to try and step in. Both Hamas and Cairo are in fact out of the picture.

Israel’s leaders are stuck for solutions because no one in Washington, Jerusalem or Cairo can be sure of the outcome of any military steps they might take. They can’t be sure whether they will douse the violence or just *play into the hands of Hizballah and Tehran* who may have more shockers in their quivers ready to loose.

Only three facts stand out from the fog of uncertainty:

First, the security crisis besetting Israel has the dangerous potential for dragging the Middle East into a regional war.

Second, America and Israel are paying in full the price of their quiescence in the face of Iranian, Hizballah and extremist Palestinian belligerence and active preparations for war, including the stockpiling of thousands of increasingly sophisticated weaponry on Israel’s borders.

Third, the first step an Israeli soldier or tank takes into the Gaza Strip to silence Jihad Islami’s missile fire is more likely than not to precipitate a second Iranian-orchestrated assault on another of Israel’s borders.

Sunday morning, no one in any of the capitals concerned was ready to risk guesstimating how far Tehran was ready to go in its current offensive and what orders Hizballah and its Palestinian puppets had received.