Editor’s Note – Every time we hear that a ring was broken up and the people were protected, along comes another one. Just yesterday the FBI reported the following:

The two-year investigation, in which FBI agents posed as hackers on Internet forums, prevented more than $205 million in losses on more than 411,000 compromised consumer credit and debit cards, U.S. authorities in New York said. 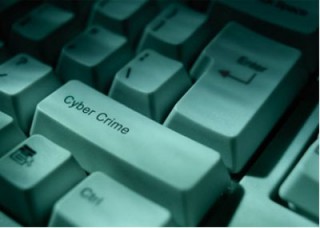 Eleven people were arrested in the United States, the FBI and the Manhattan U.S. Attorney’s Office said. The 13 others were arrested in countries spanning from Britain to Japan, the authorities said.

“Clever computer criminals operating behind the supposed veil of the Internet are still subject to the long arm of the law,” Manhattan U.S. Attorney Preet Bharara said.

Some 60m euro is stolen from bank accounts in a massive cyber raid, after fraudsters raid dozens of banks around the world.

Sixty million euro has been stolen from bank accounts in a massive cyber bank raid after fraudsters raided dozens of financial institutions around the world. According to a joint report by software security firm McAfee and Guardian Analytics, more than 60 firms have suffered from what it has called an “insider level of understanding”.

“The fraudsters’ objective in these attacks is to siphon large amounts from high balance accounts, hence the name chosen for this research – Operation High Roller,” the report said.

The automated malicious software programme was discovered to use servers to process thousands of attempted thefts from both commercial firms and private individuals. The stolen money was then sent to so-called mule accounts in caches of a few hundreds and 100,000 euro (£80,000) at a time. Credit unions, large multinational banks and regional banks have all been attacked.

Sky News defence and security editor Sam Kiley said: “It does include British financial institutions and has jumped over to North America and South America.

“What they have done differently from routine attacks is that they have got into the bank servers and constructed software that is automated. It can get around some of the mechanisms that alert the banking system to abnormal activity.”

The details of the global fraud come just a day after the MI5 boss warned of the new cyber security threat to UK business. McAfee researchers have been able to track the global fraud, which still continues, across countries and continents.

“There are dozens of servers still grinding away at this fraud – in effect stealing money.”