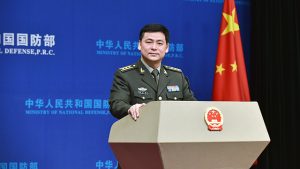 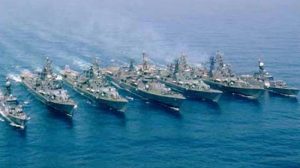 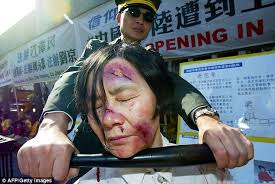 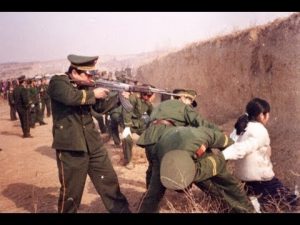 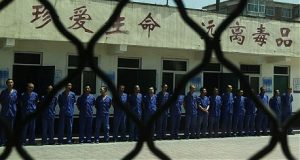 China’s Military Warns U.S. Must Get With the Times: ‘Those Who Resist Will Perish’

China’s military called on the United States to adopt a modern way of thinking in dealing with the People’s Republic, warning America that it risked falling behind.

He said the ministry was “firmly opposed to its negative contents concerning China,” citing some specific points of contention.

“No strategy should go against the times,” Ren explained. “The trend of the world is mighty and overwhelming. Those who follow it will prosper while those who resist will perish. Peace, development and win-win cooperation are the trends of our times. Any strategy that is closed and exclusive, which is against the general trends, is doomed to failure.”

He also argued that “no strategy should harm the well-being of people all over the world” or “underscore the confrontation side of relations,” calling for greater international dialogue and less unilateral behavior.

Beijing’s economic, political and military rise has raised concerns for Washington, which has accused its rival of dishonest trade practices, such as trapping developing nations in debt, manipulating currency and theft of intellectual property. The U.S. has also increasingly challenged China’s vast territorial claims in the South China Sea, and over the breakaway island nation of Taiwan.

Ren said that “some people in the U.S. still hold the Cold War mentality” and “keep exaggerating the strategic competition between China and the U.S. and provoking confrontation between the Chinese mainland and Taiwan, we are strongly opposed to that.” He argued that China “has no intention to follow the beaten path of big power seeking hegemony,” but maintained that on matters regarding Taiwan, China would “resolutely safeguard national sovereignty and territorial integrity.”

The U.S. has also continued to sail warships through the contended Taiwan Strait and has routinely vowed “to fly, sail and operate anywhere international law allows.” It has referred to such maritime actions as “freedom of navigation” operations, which are allowed under the 1982 United Nations Convention on the Law of the Sea ratified by China, but not the U.S.

As the tensions have played out across the South China Sea, home to trillions of dollars worth of energy reserves, the U.S. has also accused China of militarizing disputed islands in order to shore up its long-term presence there. Using imagery provided by Israeli satellite intelligence firm ImageSat International, CNN reported last week on what appeared to be Chinese Chengdu J-10 fighter jets on Yongxing Island, located within the Xisha Islands of the South China Sea.

“There is no dispute over the sovereignty of Xisha Islands,” Ren simply commented when asked about the report Thursday. “It is a legitimate right of sovereign countries to deploy facilities and conduct training on their own territories. The Chinese side’s actions are lawful, reasonable and fair and relevant parties should not be surprised.”

While efforts to improve military relations between the U.S. and China have so far been to little avail, the nations’ ongoing feud has more recently focused on deteriorating trade relations.

Washington has attempted to reverse Beijing’s growing economic influence via the Belt and Road Initiative that has seen Chinese investment in infrastructure projects across the globe and bilateral ties have also grown increasingly strained.

Since President Donald Trump unleashed higher tariffs on imports from China last May, the two countries have engaged in a tit-for-tat war of import taxes that have cost both billions of dollars. Trump told Fox Business Network on Wednesday that he was preparing to impose up to 10 percent — or even 25 percent — tariffs on an additional $325 billion worth of Chinese goods, adding to the 25 percent tax already imposed on some $250 billion in Chinese products, if upcoming talks with Chinese President Xi Jinping at the G20 summit in Japan did not succeed.

“We do not believe in fallacy, nor are we afraid of pressure. Such tricks will never work on us. I would like to remind the U.S. that waging a trade war and raising tariffs will hurt others as well as itself and can never solve any problem at all,”  Geng said Thursday, calling on the U.S. to abandon “boycott unilateralism, protectionism and bullying from the international community” at the international gathering in Osaka. 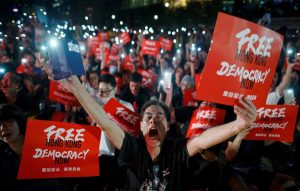 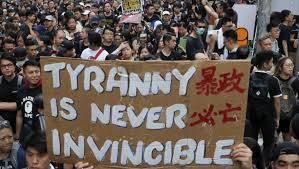 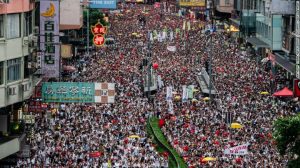 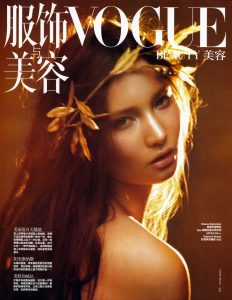