Editor’s Note – Unattended children by thousands are flooding into Texas. Then authorities and resources are so overwhelmed in that area, they ship them to other states, without notice early on, and they are scrambling on where to send them all. It’s an obvious humanitarian crises, but not one caused by the usual excuses. They were virtually invited to come, by Obama himself.

Newspapers in El Salvador and Honduras are promoting policies by the Obama administration that defer deportation to minors brought to the United States as children by their parents — known as “Dreamers” — and those that are housing illegal children at military bases in the South and West. 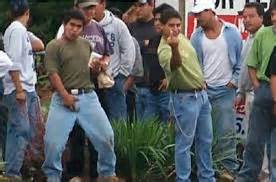 “Almost all agree that a child who crossed the border illegally with their parents, or in search of a father or a better life, was not making an adult choice to break our laws, and should be treated differently than adult violators of the law,” Homeland Security Secretary Jeh Johnson is quoted in a story about a new two-year extension of the Deferred Action for Childhood Arrivals policy published by Diario El Mundo in El Salvador.

Signed by President Barack Obama in 2012, the policy grants temporary legal status to many young illegal immigrants, ending the threat of deportation for at least two years.The policy, however, does not entitle the immigrants to state services. It was renewed for two more years.“With the renewal of DACA, we act according to our values and code of this great nation,” Johnson said. “But the biggest task of comprehensive immigration reform is yet to come.” (Read more here at NewsMax.)

It was orchestrated as Bob Unruh reported at WND:

“This is not a humanitarian crisis. It is a predictable, orchestrated and contrived assault on the compassionate side of Americans by her political leaders that knowingly puts minor illegal alien children at risk for purely political purposes,” said the statement released by the National Association of Former Border Patrol Officers.

“Certainly, we are not gullible enough to believe that thousands of unaccompanied minor Central American children came to America without the encouragement, aid and assistance of the United States government,” the officers said.

They would get in free, forever. Why, because Obama invited them. How do we know this, read what Judicial Watch has further uncovered.

This is one of those “We hate to say we told you so” moments. In 2004, JW uncovered a Border Patrol survey conducted by the Bush administration that clearly showed the mere discussion of a President Bush illegal alien amnesty proposal led to a spike in the number of illegal aliens coming across the border.  (The Bush White House tried to keep secret how its amnesty push had generated more illegal immigration, but Judicial Watch got past the Bush cover-up.)

And so what exactly did we think would happen once illegal alien amnesty became the de facto law of the land, courtesy of President Obama? Exactly what’s happening on the border right now, as tens of thousands of young illegal aliens swarm across the border, bringing with them chaos, crime and disease.  Obama’s lawlessness has created a humanitarian crisis right here in America.  Even a federal judge saw this was coming.  As our chief investigative reporter Micah Morrison noted in JW’s Investigative Bulletin: 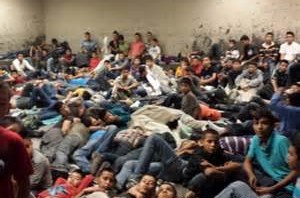 An unnamed ten-year-old girl from El Salvador had been spirited across the border, caught along with the smuggler, and then united with her mother—an illegal alien living in Virginia. And there, apparently, mother and daughter remain. The Department of Homeland Security did not arrest the mother, who instigated the conspiracy by hiring the smuggler. It did not prosecute her or move to deport her. “The DHS, instead of enforcing our border security laws, actually assisted the criminal conspiracy in achieving its illegal goals,” Judge Hanen wrote.

In a remarkable ruling, Judge Hanen cut to the dark heart of this perilous enterprise. “First and most importantly,” he wrote, illegal border crossings are about dope, violence and money: “these illegal [human trafficking] activities help fund the illegal drug cartels which are a very real danger to both the citizens of this country and Mexico.” Drug cartels, he noted, control the entire human smuggling process. Smugglers regularly use violence, extortion and sexual assault against illegal aliens. “This Court has seen instances where aliens being smuggled were assaulted, raped, kidnapped and/or killed.”

At DHS, he noted, the “current policy undermines the deterrent effect the laws may have and inspires others to commit further violations. Those who hear that they should not fear prosecution or deportation will not hesitate, and obviously have not hesitated, to act likewise.” The policy also encourages individuals “to turn their children over to complete strangers—strangers about whom only one thing is truly known: they are criminals involved in a criminal conspiracy.”

President Obama was asking for this precise result when he imposed his Deferred Action for Childhood Arrivals (DACA) – a key part of the president’s “selective deportation” scheme that effectively granted amnesty to illegal aliens who came to the U.S. as children “through no fault of their own.”

When you roll out the red carpet for illegal aliens, they walk across it! Or sprint or crawl or climb or whatever it takes! 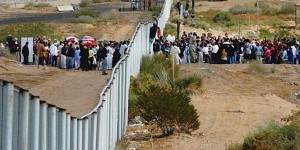 JW learned first-hand through a Homeland Security source just how bad the situation has become, as described by our Corruption Chronicles reporter Irene Garcia in a report that landed on the front page of The Drudge Report:

The barrage of illegal immigrant minors entering the U.S. through Mexico in recent weeks has created an out-of-control disaster with jam-packed holding centers, rampant diseases and sexually active teenagers at a Nogales (Arizona) facility, according to information obtained by Judicial Watch from a Homeland Security source… The minors are coming mostly from Honduras, Guatemala and El Salvador and some may have criminal backgrounds.

“They’re not all little kids,” said Art Del Cueto, the Tucson Border Patrol Union president. “Some are 17 years old and they have possible ties to gang members yet they will be relocated in the U.S. with family.”

Now the Obama administration has a story to tell you about what is happening on the border and why: These “young kids” are merely fleeing violence in their own countries. The crisis is under control. These children will be “processed” and subjected to “removal proceedings.” None qualify for the president’s Deferred Action for Childhood Arrivals (DACA).

Under control? One local sheriff, who estimates 1,000 illegals a day are coming across the border into Texas, characterized the influx of illegals and the chaos on the border to “Hurricane Katrina.”

Merely fleeing violence in Central America?  Not according to Art Del Cueto, who says rumors of amnesty are responsible for the unforeseen bombardment. When agents ask the illegal border crossers what drove them, “we are hearing a lot of amnistía (amnesty),” he said.

The Washington Times reported in an editorial this week that according to an internal Border Patrol intelligence memo, “The surge in illegal immigrants jumping the U.S. border in recent weeks is almost entirely due to U.S. policy,” as these “immigrants are taking advantage of the catch-and-release system of enforcement.” [Emphasis added.]

“The immigrants come seeking “permisos,” which apparently are the “Notices to appear” or NTAs, the legal documents given to non-Mexicans caught at the border that officially put them in deportation proceedings — but that also grant them at least a temporary entry to the interior of the U.S,” the Times notes.

And will these illegal alien children really be sent back home?

Not according to press outlets in the countries from which these illegals are coming. As Irene Garcia points out: “Honduras’s largest newspaper reports this week that the minors will spend three to four months in federal camps until they can be turned over to family in the U.S. Besides receiving food and shelter, the Honduran newspaper article says, kids will receive English classes, participate in sports and other programs while their relatives are tracked down in the U.S.”

“It’s all over the news in Central America that if you bring your kids north you have a free pass…” said JW’s Homeland Security source cited above. The Obama administration, in true open borders form, clearly sees this an opportunity to resettle these children here and not return to home.

And don’t be fooled that this influx is just children.  JW sources are telling us that as much as three quarters of the influx are NOT children.

And as bad as things look now, they are only going to get much worse. Especially when the Vice President calls for the “constant, unrelenting stream” of illegals to continue, while President Obama says “our future rests” on these illegal alien children! 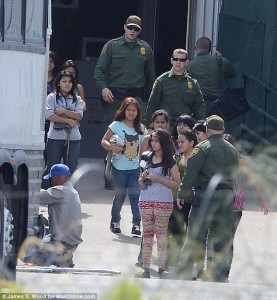 “Deputy Border Patrol chief, Ronald Vitiello, said in an internal memo on May 30 that border agents caught 40,000 unaccompanied children last year. They expect to apprehend 90,000 children this year, and 142,000 in 2015,” per The Washington Times.

And an organization representing former Border Patrol officers says exactly what the Obama administration this is just fine by illegal alien apologists in the White House and Congress:

“This is not a humanitarian crisis. It is a predictable, orchestrated and contrived assault on the compassionate side of Americans by her political leaders that knowingly puts minor illegal alien children at risk for purely political purposes,” said the statement released by the National Association of Former Border Patrol Officers.

“Certainly, we are not gullible enough to believe that thousands of unaccompanied minor Central American children came to America without the encouragement, aid and assistance of the United States government,” the officers said.

Of course the costs borne by the American people will extend beyond the potential spread of disease and the possibility of an illegal alien crime spree. The Washington Times reported this week that “Senate appropriators added $1 billion to a spending bill to pay for social workers caring for the surge of children pouring across the U.S.-Mexico border, saying the humanitarian crisis is growing so quickly it’s outpacing the government’s ability to handle it.”

The Obama White House — which has said the issue is under control, mind you — asked for $2 billion.

The Obama administration wants us all to believe this problem is temporary, localized and contained. But as I pointed out in an interview this week with Newsmax, “Every town is a border town” when it comes to illegal immigration.

“The administration is sending these illegal aliens, dumping them in Arizona from Texas, they’re moving them into Oklahoma. They’re even moving them up here to Maryland.

“There’s no part of the country that’s not going to be impacted by this humanitarian crisis. These are the sorts of stories we’re used to reading about in refugee camps in Syria and Iraq or in Afghanistan. Now we have it on [our] border thanks to the president’s lawlessness. ”

We are on this case, throwing investigative and legal resources at ferreting out the truth and promoting the rule of the law in the face of this crisis.  To track this burgeoning crisis in the meantime, be sure to visit our website regularly for breaking news at www.judicialwatch.org.