Bozel reveals "Pinocchio" on the stump

Editor’s Note – Does truth matter? Not if your working on the Obama campaign.

Its almost become a running joke, especially on the social networking sites – How can you tell if Obama is lying? His lips are moving.

This also goes to the completely hypocritical talking heads like the DNC Chairwoman, Debbie Wasserman Schultz. She had the nerve to say:

Alex Wagner, MSNBC host: Do you think there is something illegal here because there’s certainly — the line, the rhetoric would certainly seem to suggest that as it has been voiced by folks on the left and the president’s reelection campaign?

Debbie Wasserman Schultz, DNC: That’s the problem. We don’t know because Mitt Romney has released one year of tax returns and an estimate of another year. That’s totally contrary to his own father, when he ran for president, who said that releasing only one year is unacceptable because it could be an anomaly.

The funny thing is, the DNC learned of his accounts, from his tax return. Now they demand more returns, even though Romney already met the bar of previous campaigns, yet no one holds Obama to his record – the ones we cannot see. What about that Connecticut Social Security number…etc., etc., etc?

There seems to be a complete whitewash of the fact that Obama, for years, has hidden every last vestige of information about his life, yet they want to hold others to a different bar! Hypocrisy and lying, now there’s something to hang your hat on when you ask for America’s vote.

Read what Brent Bozell has to say in response to recent speeches and statements: 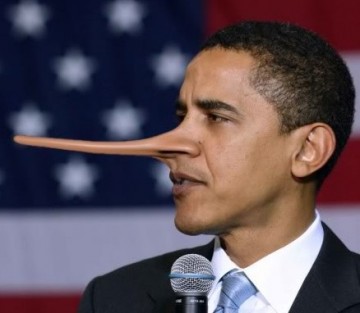 This is the man who admitted his memoir “Dreams from My Father” was semifictional. “For the sake of compression, some of the characters that appear are composites of people I’ve known, and some events appear out of precise chronology.” Translation: On some pages, I’m taking poetic license with the facts to burnish my image.

The problem is, Obama’s still using poetic license. So where are the reporters to point out when he doesn’t tell the truth? Let’s take just one typical Obama stump speech, on July 5 in Sandusky, Ohio, and look for the fibs and stretches. They’re not hard to find.

1. There are the biographical tall tales. “My grandfather fought in Patton’s army.” In 2009, AP’s Nancy Benac noted that the president’s grandfather, Stanley Dunham, was in a supply and maintenance company, not in combat. That’s noble work, but “fought in Patton’s army” implies something else. Moreover, Benac reported Dunham’s company was assigned to Patton’s army for two months in 1945, and then quoted Obama’s own self-boosting memoir: “Gramps returned from the war never having seen real combat.” Why has Benac been alone in exploring this blatant exaggeration?

2. There are the policy myths. “So when folks said let’s go ahead and let the auto industry go bankrupt, we said no let’s bet on American workers. Let’s bet on American industries, and now, GM is back on top, and Chrysler is moving, and Ford is going strong.”

Put aside for a moment that GM being “on top” is a stretch. GM still owes the public $30 billion for the bailout. But the real screamer in that passage is Ford never succumbed to bankruptcy and bailouts and therefore shouldn’t be included in any boast of any sort of Obama achievements.

Some lines in the speech just sound ridiculous based on the last three and a half years, such as: “I want to balance our budget. I want to reduce our deficit, deal with our debt, but I want to do it in a balanced and responsible way.” This might not be strictly “false” — it’s opinion — but it’s certainly disingenuous. He said the same thing in 2008 and then delivered the biggest trillion-dollar deficit in history.

Obama also refuses to admit the failure of the “stimulus,” claiming in one passage, “I do want to rebuild our roads and our bridges” because it would “put a lot of people back to work — and that’s good for the entire economy.” Except, it’s demonstrably not true.

3. Then there are the religious myths. “When I first got my job as an organizer for the Catholic churches in Chicago … they taught me that no government program can replace good neighbors and people who care deeply about their communities (and) who are fighting on their behalf.”

In how many ways is this deeply insincere? Obama was hired by a Jewish Alinsky-ite leftist named Jerry Kellman for something called the Developing Communities Project, which did have Catholic support, but Obama’s own memoir described the community organizing work as a chance to “start to build power” — with a “hard-headedness” based on “politics, not religion.”

4. Finally, there are the campaign myths. Obama bizarrely told the crowd in Sandusky “back in 2008, everybody said we couldn’t do it because we were outspent, we weren’t favored.” Did Obama mean in the primary race? By a slim margin, he outraised Hillary Clinton, who was the early favorite. But this spin is comical if it refers to the general election, where Obama outraised McCain $779 million to $347 million.

Then Obama added: “That first race that I ran as a state senator, Michelle and I, we were going around knocking on doors, passing out leaflets. Nobody gave us a shot. Everybody said, ‘Nobody can pronounce your name, how are you going to win?'” But Obama ran unopposed in 1996, both in the primary and the general election. In a burst of Chicago-style politics, Obama removed his primary opponents, including the incumbent state senator, Alice Palmer, from the ballot by challenging their signatures.

When will the alleged fact-checkers in the news media vet Obama’s stump speech and demand he start telling the truth?