Blind as a nation due to intelligence failures

Admiral Lyons does a great job describing how broken our intelligence community is and where it is evolving. He does mention failures, but perhaps the biggest failure is who is appointed and by whom. In the current administration, the proof is as clear as a sunny day in May – political ideology has cheapened the quest for true security in the homeland. 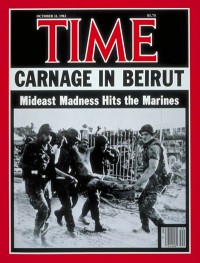 Just like the failures of 1983 – Iranian backed – What are we missing or not reporting up today?

This issue is similar to one of an NSA intercept of the Iranian ambassador in Damascus reporting back to the foreign ministry in Tehran on instructions he had given terrorist groups in Beirut to concentrate their attacks on the Multi-National Force but undertake a “spectacular action” against the U.S. Marines. This intercept was issued by the NSA in a highly classified message on Sept. 27, 1983, almost four weeks before the Marine barracks bombing.

SUA has been pointing out these failures – Janet Napolitano, General Clapper, Eric Holder, and ultimately, a President who has an agenda that defies explanation, from a patriotic American and Constitutional perspective. Islam seems more important than traditional American values and is ruled by an extreme politically ideological Progressivism.

LYONS: How smart is intelligence bureaucracy? 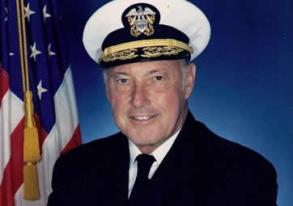 The 9/11 Commission concluded in its final report in 2004 that the U.S. intelligence community (IC) organization, as it was structured then, had contributed to a failure to develop a management strategy to counter Islamic terrorism. The report concluded that the traditional existing IC agencies’ stovepipes had to be eliminated and a position should be established for an administrator who would have powerful oversight authority.

To accomplish this urgent task, one of the commission’s principal recommendations was establishment of the position of director of national intelligence (DNI), which would be separate from the director of the CIA.

There were many arguments against establishing the position of DNI. Some asserted that had it existed before the Sept. 11 attacks, it would not have prevented them. That remains an open question. It should be recalled that the 9/11 Commission staff discovered just before its final report went to the printers in July 2004 a six-page National Security Agency (NSA) analysis summarizing what the intelligence community had learned about Iran’s direct involvement in the attack.

Was this information collected before or after the attacks? As of now, we don’t know because there has been no follow-up investigation by any congressional committee or the newly established DNI.

This issue is similar to one of an NSA intercept of the Iranian ambassador in Damascus reporting back to the foreign ministry in Tehran on instructions he had given terrorist groups in Beirut to concentrate their attacks on the Multi-National Force but undertake a “spectacular action” against the U.S. Marines. This intercept was issued by the NSA in a highly classified message on Sept. 27, 1983, almost four weeks before the Marine barracks bombing. 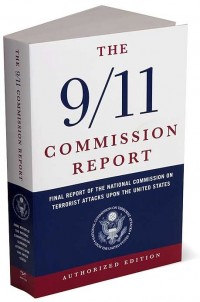 I was the deputy chief of naval operations then and did not get to see this critical message until two days after the bombing. Most key decision-makers have never seen this message.

Would a DNI have ensured that such a critical message was brought to the attention of key decision-makers? That also remains an open question. The bottom line is that personnel performance at all levels must recognize the critical nature of key intelligence and not worry about who gets the credit.

Interviews of former 9/11 Commission members showed they thought the structure of the DNI’s support should remain small, but it has evolved into essentially a new intelligence agency. It has expanded rapidly, with many large offices and a staff of at least 1,600 (as of 2010), plus untold numbers of contract personnel.

The question has to be asked: Has the establishment of the DNI improved the performance of the intelligence community? Aside from Islamic terrorist attacks such as the massacre at Fort Hood, the nation has been kept safe from Sept. 11-like attacks since the establishment of the DNI. However, it is believed that the difference can be attributed to the added investment in IC resources rather than to more centralized or cogent management of the community by the DNI.

The DNI organization has evolved into an oversight bureaucracy for much broader intelligence activities, in which it has not been entirely effective. For example, the DNI wrongly claimed that the Muslim Brotherhood is a “largely secular” organization in spite of the fact that its creed is to topple the U.S. government and replace our Constitution with Shariah law.

There was a failure to predict and keep pace with the “Arab Spring” uprisings and their rapid evolution. During the Libyan uprising, the DNI specifically stated that he thought Moammar Gadhafi would prevail. We all know how that came out.

There also have been wrong assessments on key stages in the development of Iran’s nuclear weapon program. On Feb. 16, the DNI released a questionable gap-laden threat assessment to the Senate Armed Services Committee. It failed even to mention the terrorist group Hezbollah or any of Iran’s asymmetric “acts of war” against the United States for more than 30 years, led by Iran’s Islamic Revolutionary Guard Corps.

These obviously wrong assessments raise questions about the validity of other DNI assessments in critical areas that affect not only the United States but our allies. The DNI and the IC are facing a number of major intelligence challenges involving the Middle East, Afghanistan, Pakistan and North Korea, and also China’s aggressive military expansion program. Immediate concerns involve China’s clear assistance to North Korea’s nuclear weapon program, which highlight the folly of the Six Party talks, which should be terminated immediately. China’s assistance to Iran’s nuclear weapon program – either directly or through third parties – needs to be uncovered.

The American public needs to have confidence in the DNI’s and intelligence community’s capability of providing accurate intelligence that is not politicized.

At the end of the day, having a DNI does not guarantee that there will be no more Sept. 11s.

Retired Adm. James A. Lyons was commander in chief of the U.S. Pacific Fleet and senior U.S. military representative to the United Nations.