SUA Staff – Another ‘green project’ is laying off workers. No, not Solyndra, this time its Colorado based Abound Solar. $400 million in guaranteed loans to another boondoggle. The company is offering many excuses, but like Solyndra, it appears its original technology is not cutting it. They claim they need to “perfect the process”. Is that code for, ‘it just is not working’?

The Daily Camera is reporting that Abound Solar is laying off 70% of its workforce, or 280 jobs, in Colorado after receiving a $400 million taxpayer-backed loan from Barack Obama’s Energy Department. News of the layoffs was first reported by the Longmont Times-Call. 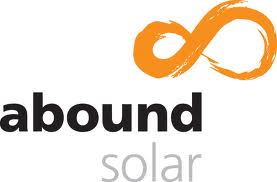 From the Daily Camera:

Abound Solar on Tuesday cut 280 jobs — 70 percent of the workers — at the company’s production facility along the Interstate 25 Frontage Road near Firestone.The company notified the workers, which had been running three shifts around the clock, on Tuesday, according to chief financial officer Steve Abely. The cuts affected 180 full-time workers and 100 temporary workers Abound had hired.

Just 18 months ago Obama promised that the loan would help create “1,500 permanent jobs” between Abound’s two plants in Colorado and Indiana. Obama’s “permanent jobs” is beginning to seem a lot like his “shovel-ready jobs,” as in a complete farce.

Complete Colorado’s Todd Shepherd and the Independence Institute’s Amy Oliver have been covering the flawed fantasy and crony capitalism of green energy economics in Colorado for some time now, and Abound’s collapse gives great credence to their work.

With Abound’s failure, it is high time the left stop foisting their fantasy economics on American taxpayers. Much like another green substance favored by Boulder voters, when green energy’s feet is put to the economic fire it goes up in smoke.

Everybody loves the idea of the wind and sun powering their homes and fueling their cars. The problem is, the technology and economics just aren’t there right now. You can’t force that to work, no matter how much good government money you toss after the bad. That’s how the market works, whether the left accepts reality or not.

Fortunately for Coloradans, some leaders in this state had the good sense to realize that.

In 2011 Weld County extended $98,445 in personal property tax incentives to the solar module manufacturer, but when it came up for renewal in December for the 2012 budget, commissioners decided to save the taxpayers that money instead. Commissioner Sean Conway explained he wasn’t convinced that Abound actually was creating jobs for county residents, which was the intended purpose of tax incentives.

With Governor Hickenlooper running ads in support of fracking on behalf of the Colorado Oil and Gas Association and now Abound’s failure, it is sure a tough week to be a greenie.

Maybe the government should take some of that wasted Energy Department loan money and put it towards college courses in economics for its loan staff.

Because the Obama administration is failing loan approval in a spectacular fashion.

Somebody take away their checkbook.