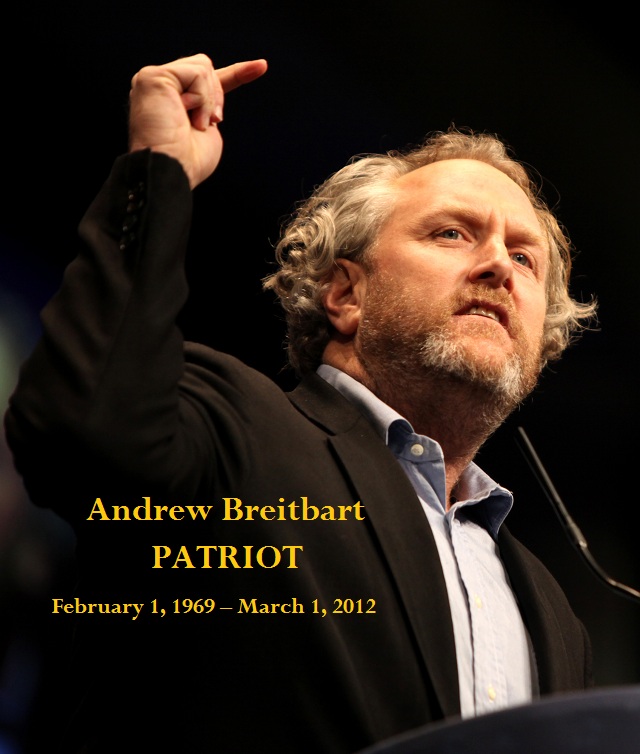 SUA Staff – It is with very heavy heart and deep sorrow that we learned of the passing of Andrew Breitbart last night in Los Angeles. Stand Up America held Breitbart in the highest regard for his bold, diligent, intelligent, and dedicated work. He was a righteous conservative voice many of us hoped we could only mirror and emulate, and when we could work or associate together, we were grateful and blessed. His energy, boldness, creativity, and zeal will be missed.

The conservative community, and all of America are diminished by his passing. His combative nature in standing for what he and his allies held high and principled was a force to be reckoned with, one we hoped would grow, one we nourished and relished. He will not be forgotten, and we will all file his memory deep in our hearts, and in some way, through emulating his style and fervor, carry on his work with zeal. He will always be loathed by those he fought against righteously, and revered by those who knew him to be correct; a true PATRIOT.

Breitbart is survived by his wife Susannah Bean Breitbart, 41, and four children. He is also survived by his greater family, the loving, adoring, and respectful comrades in the conservative battle to reclaim America and right our constitutional representative republic.