A Must read by Victor David Hanson 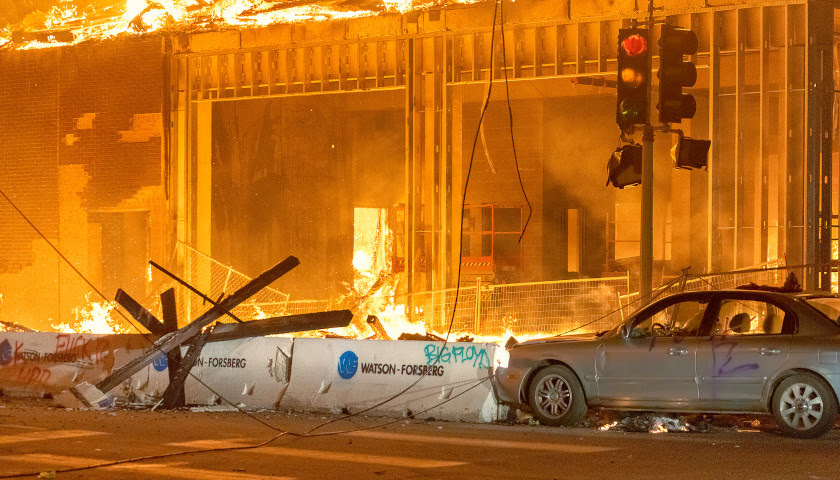 In February, New York was the world’s most dynamic metropolis. By August, the city was more like the ruins of Ephesus. It is not all that hard to blow up a culture. You can do it in a summer if you haven’t much worry about others.

When you loot and burn a Target in an hour, it takes months to realize there are no more neighborhood Target-stocked groceries, toilet paper, and Advil to buy this winter.

You can in a night assault the police, spit at them, hope to infect them with the coronavirus, and even burn them alive. But when you call 911 in a few weeks after your car is vandalized, your wallet is stolen, and your spouse is violent, and no one comes, only then do you sense that you earlier were voting for a pre-civilized wilderness.

You can burn down a Burger King in half an hour. But it will take years to find anyone at Burger King, Inc., who would ever be dumb enough to rebuild atop the charred ruins – to prepare for the next round of arson in 2021 or 2023.

Today’s looter carrying off sneakers and smartphones in 10 years will be tomorrow’s urban activist, understandably but in vain demanding stores return to a charred no man’s land, to do their fair share, and to help restore the downtown, neighborhood, inner-city, or the “community.”

Old Liberal Ideas Are Being Destroyed

We are living in the most racially polarized climate since the 1960s. America’s past, present, and future are in the process of being recalibrated entirely through the lens of one’s skin color. Columbus is reduced to nothing more than another racist white Italian sailor of a half-millennium past. Grant might as well have fought for slavery in the mind of today’s campus ignoramus. Apparently, the Antifa thug thinks he could just as easily have written the Gettysburg Address or sculpted a statue of Frederick Douglass.

The old liberal ideas of assimilation, integration, and intermarriage are being destroyed by the Left under the specious doctrines of cultural appropriation, or “acting white” or “how we look is who we are.”

A new fuzzy Jim Crow returns with racially segregated campus safe spaces and theme houses or the race-based reeducation and training sessions in the workplace – all predicated to stop racism! Somehow selecting strangers on the basis of their race to bully in a restaurant, or targeting old anonymous men and women to beat up in the street by their race, or singling out suburbanites by their race for racial taunts and profanity is redefined as reparatory justice or overdue payback – on the assumption that no one would dare say that the arson, looting, and rhetoric are descending into ever more hate-filled nihilism.

Our collective future of nationalized tribalism will become what always results when citizens identify by superficial appearance or shared religion. Just go to Lebanon, the Balkans, or Iraq to see what is in store first hand.

To survive, all groups will self-identify, at first quietly, but eventually unapologetically. Some will form alliances of self-preservation, others will war with each other. Tribal gangs, as they already do now in our streets of fire and looting, will assume they are exempt from consequences; and so will their antitheses of vigilantes who band together to guard their stores in the absence of a defunded police.

Liberal elite whites themselves are now uneasy, since the abstract doctrines they so nihilistically advocated, from defunding the police to recalibrating looting as “redistribution,” are now becoming reified and closer to home. They see that when BLM protestors jam a restaurant to demand fealty or lecture on “white privilege” or march into a suburb to wake up the commuter to apprise him of his immorality, the racialists will not qualify their agendas with “except for woke whites.”

When tribalism is distilled to its innate and terrifying essence, there are never exemptions for individuals: you are reduced to what you appear superficially as to strangers. The white felon is no different than the white Harvard president, the black shoplifter is the same as the black physicist. We are all condensed to a sort of collective nothingness, or rather a racial “allness.”

The Self-Immolation of Pro Sports

Professional sports, once an integral part of American life, appears to be nearly in ruins. Professional baseball, basketball, and football might have survived the virus, the lockdown, and the recession – and then maybe they might not have. After all, millions of the bored more quickly than expected got acculturated to the idea of soon not listening to a boring rant from LeBron James or the sad confessionals of Drew Brees.

But what the NBA and NFL, and perhaps MLB won’t survive is cultural suicide as players fragment into causes. The NBA existed on the premise that billionaires were willing to pay multimillionaires to lose billions as a prestige lark – as a franchise became a sort of a huge, showy Louis Vuitton bag. But even billionaires have limits. Snobbery and appearing cool do not always trump losing the equivalent of a Ferrari every hour or a Gulfstream each week.

The NBA, we are told, is a woke industry.

But it’s also the strangest, most nondiverse, right-wing, money-obsessed woke institution in America. More than three-quarters of the multimillionaire players are African-American. Over 90 percent of the billionaire team owners are white.

Yet the entire industry – players, coaches, owners, staff – lecture Americans ad nauseam about their supposed sins. The monotonous sermons have become transparent medieval redemptions – given the mortal sin that the NBA sold its very soul to a racist, genocidal, and totalitarian China – to recover billions abroad for the billions lost in viewership and attendance at home.

Nondiverse multimillionaires, working for even less diverse billionaires, finger-pointing at middle-class Americans on the evils of privilege, in the pay of the Chinese Communist Party, is not a way to win back fans.

Universities are in for hard times. The federal government eventually will get out of the $1.5 trillion student loan subsidy business, and force spendthrift colleges to accept their own self-created moral hazards. Charging $30,000-40,000 for tuition over Zoom is a bad business model in a recession. And the alphabet soups after the names of professors and deans will not make a bit of difference.

Thousands of college-educated protesters and rioters are not especially good advertisements for the building of lifelong character on woke university campuses. Once undergraduate institutions decided to make students socially conscious rather than educated, and once their graduates seem to be neither, then who really finds their mentors essential?

Our major cities, emerging from lockdown, and on the edge of nightly violence, remind us of what Procopius, the Byzantine historian, saw of Rome in AD 538, once the cultural and political megalopolis of the world: a mostly deserted shell of weeds, deserted streets, collapsed stone, choked fountains, and fortified villas where lawlessness reigned and feuding tribes were what was left of a government that once had enshrined habeas corpus.

No city gets a pass from history, not Athens, not Rome, not Alexandria – not Detroit, Baltimore, or Chicago.

After all, there is no rule that just because Bill Gates and Amazon headquartered in Seattle that its mayor, city council, and state governor will not abandon its signature downtown. What once made Portland great can be undone in a few weeks.

Wall Street may run the world, but it certainly does not run the New York City government. Electronic capital really does still have human legs and when the proverbial suited investor thinks he will be infected, short of toilet paper, or assaulted on the street, he leaves, taking his laptop with him. Bill de Blasio is left to govern, like a horned and bearded Visigoth, over an increasing shell of former grandeur.

To venture into San Francisco is to return in a time machine to 1855, a boomtown based on silicon chips, not gold dust, but one likewise lawless, fetid, and safe only for those with private security guards. To the casual visitor, it appears a lunatic place now recalibrated for the homeless, the looter, the assaulter—and the very rich. Crimes like public defecation and drug use, or shattering the windows of a parked car window to steal its contents are not crimes unless the targets are the well-connected.

The story of all Dark Ages is that when civilizations finally prefer suicide, they do it easily, and the remnants flock to the countryside to preserve what they can – allowing the cities to go on with their ritual self-destruction.

So it has begun to seem this endless summer.

Victor Davis Hanson is an American military historian, columnist, former classics professor, and scholar of ancient warfare. He was a professor of classics at California State University, Fresno, and is currently the Martin and Illie Anderson Senior Fellow at Stanford University’s Hoover Institution. He has been a visiting professor at Hillsdale College since 2004. Hanson was awarded the National Humanities Medal in 2007 by President George W. Bush. Hanson is also a farmer (growing raisin grapes on a family farm in Selma, California) and a critic of social trends related to farming and agrarianism. He is the author most recently of The Second World Wars: How the First Global Conflict was Fought and Won (Basic Books).