The 114th Congress – What must it address for the people first?

We hesitate to count our chickens before they hatch when it comes to the midterm results on Tuesday night, November 4th, but it’s never too early to start planning for the positive outcome we hope for and America deserves.

Additionally, by planning ahead, we feel that our message will help propel one or two more votes in the direction of conservatives. So the question is; what should Congress do when the Republicans/Conservatives control both houses come January 2015?

The first thing to recognize is that our federal government has been totally dysfunctional for almost six years, in large measure due to one man, the Majority Leader of the Senate. Therefore, the new Senate and House of Representatives must strive to remedy this wisely held conviction by immediately restoring regular order in the Senate and placing the most able in positions of Committee Leadership – not just by seniority in both houses.

There is a lot to repair, repeal, reconstruct, remove, and reconfigure but all efforts should be focused on recovery and restoration of American Exceptionalism, our stature across the globe, our safety at home, and our prosperity.

This is easy to say, but much harder to achieve because we will still have Obama in the Oval Office with his pen and his phone. Despite what should be a very positive outcome, we caution our Representatives and Senators not to fall into old traps, rather, we urge them to understand that it is conservative values that brought them to the dance – not the party first, America first. 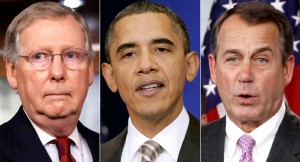 Will Boehner be still be the Speaker of the House, or McConnell the Majority Leader in the SEnate? How will the new majority in both Houses deal with Obama?

There will be a power shift and the question to be answered is will Barack Obama shake up his own White House and Cabinet secretaries.

It seems many are slated to move on to other outside positions and one would need to watch where Deputy National Security Director Ben Rhodes may go as well as John Podesta as they and others could be tapped to join Hillary Clinton’s camp.

So while there is predictable White House changes on the horizon, America needs to be assertive in the quest to rebuild from the previous damage.

Our suggestions on how best they can succeed are certainly not all encompassing, but as we lay out below, each can have a great impact in the long road to recovery and how we get there with the impediments before us.

Twenty four issues rise to the top, and though there is a veto pen, each will drive the discourse of the people, not the politicians.

These are not listed by priority – some will be obvious as to level of priority:

1. – Pass legislation that clears all hurdles for the Keystone XL Pipeline – IMMEDIATELY!

If the President vetoes the bill, he will have to explain to America why. This is a theme you will find throughout our list.

2. – Pass legislation that stops ‘sequestration’ from further harming our military and national security.
Despite what you may think, sequestration was the idea of his administration, not House Republicans. 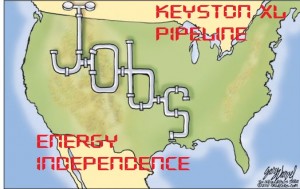 3. – Create another Select Committee to investigate the Veterans Affairs Administration.

This committee must be independent and populated by Veterans only. They will be given 120 days to draft changes that will be the underpinning of new legislation. The Obama Administration cannot be the investigative entity on one of its own debacles.

4. – Rewrite the rules and laws on government employee ethics to include criminal accountability to stop massive abuse of employment protections, especially people being placed on paid administrative leave.

5. – Audit the Civil Rights Division of the Department of Justice.

No longer should institutional liberalism be condoned or allowed on permanent hires. Lawyers now must pass liberal litmus tests by liberal organizations that are special interest groups and in many cases, communist leaning groups.

6. – Pass legislation that makes it unlawful to prevent law enforcement at the FBI, the DHA, and even the military from investigating any group based on religion.

Intentionally focusing upon, or looking the other way completely on any one religion will be not tolerated, nor is it constitutional. By expunging all reference to Islamic Terror, Jihad, or violence from training materials and investigations is tantamount to the state promoting one religion over another and impedes the first amendment. 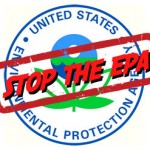 7. – Repeal and replace ObamaCare and/or defund those areas that infringe on individual rights or benefits any lobby or special interest group. Make Obama veto individual items, or the whole of any bill changing ObamaCare.

8. – Audit the EPA – pass legislation that curtails any and all regulatory authority in specificity. No longer should the EPA and its leftist cronies enact legislation on issues that could not pass legislative processes.

9. – Force NATO to expel Turkey as a member by cutting off funding to NATO and/or do the same to the UN.

10. – Audit sanctions and waivers of sanctions on all foreign states, entities, and individuals. Pass legislation that makes it unlawful for the President to issue waivers on sanctions as passed in the Senate, or originated in the House. In some cases, he may already being doing this unconstitutionally and was ignored in Harry Reid’s Senate.

11. – Force the President to exact the release of all American citizens held in foreign custody of any sort by cutting of funding and aid to any entity or nation.

12. – Place sanctions on Mexico for aiding and abetting the ability for any person to cross the border illegally.

13. – Terminate the free visa program. Mandate that all visitors from these nations register with the State Department within 14 days or face arrest and deportation. They may apply for a visa only during the 30 days after a hearing.

14. – Suspend the foreign student visa programs for a minimum of two years and rescind all existing student visas making them expire on the last day of the current classes in which they are enrolled.

15. – Pass legislation that mandates all illegal aliens within the borders of the United States and its territories must register with the DHS in each state within 90 days. Each will receive an identification card that prevents registering to vote; obtain a driver’s license, or any other act upon which a citizen must obtain permission from the federal, state, and local governments.

Those found to be in the United States after that period without registration shall immediately be taken into custody and confined, and then summarily deported forthwith.
Block any Executive action on amnesty to existing illegal aliens.

17. – Repatriate Dollars. Pass legislation that requires all funds held by American citizens and corporations in foreign countries be repatriated to the United States without penalties. This shall be coupled with an act that reduces the corporate tax rate to one commensurate with competition globally.

18. – Create a select committee charged with establishing a fair tax system in six months that will replace the income tax system and thus make it possible to dismantle the IRS.

19. – Cutoff all funding to Planned Parenthood. 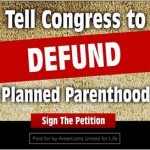 20. – Immediately call for the cessation of all talks with Iran regarding its nuclear programs and pass legislation that reinstates all sanctions and adds new ones.

21. – Pass a resolution that calls for the complete cessation of the pursuit of a ‘two-state solution’ between Israel and the terrorist enemies at or within her borders.

22. – Audit the Bureau of Land Management and produce a report to the citizens of all states on the ownership status and use of all federal buildings, lands, and any other holding within each state. Pass subsequent legislation to sell all unneeded property, and equipment to the private sector with a two-year moratorium of any sale to a foreign entity.

23. – Pass legislation that expressly outlaws the transfer of any Guantanamo Bay detainee until each has been tried by a military commission.

24. – Pass legislation that begins the rebuilding of NASA after a complete audit and reorganization study has been completed.

This list is by no means complete and could be expanded. Also, the methods and ends of each can be adapted in other fashions, but in any case, each of these subjects can change the dialogue leading into 2016. The foremost objective is to take back the initiative, return the discourse to topics of the people, not the party establishment, especially that of the Democratic Party, Obama, and Hillary Clinton.

No longer can we allow the media to pick our priorities as a nation, nor our candidates. The issues must drive the day, and leadership, like cream, will rise to the top. Establishment politics must now become the next battle to wage to return control of our government to the people, as Americans First. This applies to the manner in which new leadership is chosen in Congress and we must back those who place us first, and party far down the line of priorities.

Scott W. Winchell contributed to, edited, and posted this article.