Editor’s Note – The monthly jobs report is in and many are calling it an improvement while others are much more skeptical. Yes, there was a sizable gain in jobs, and the U1 rate stayed at 5.5%, but those are deceptive because of the numbers that underlie the broader picture.

Americans are finding jobs, but at a dismal rate when you look at history outside of recent recovery years prior to this one.  Too many people are out of the work force but those numbers are also slightly lower. 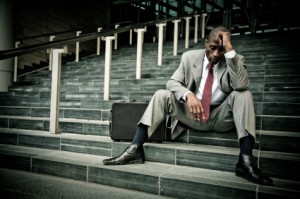 Overall, it is still a lackluster recovery, and when one looks at the details and also includes the global picture, we are a long way away from a ship sailing right on its keel.

We caution optimism here because these better numbers are still quite small and other factors are not improving.

The 1st quarter GDP numbers were surprising as the economy retracted, but the Bureau of Labor Statistics revised and excused the “anomaly” and showed us a rosier picture to coincide with the more positive labor report.

But as usual, it is little solace to the millions not even in the labor force or those forced into part-time work – underemployment not even close to their potential. 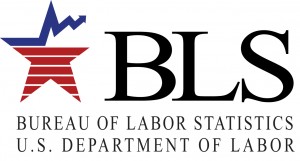 With this news, the stock markets were weary that a positive change may forestall the much discussed rise in interest rates, maybe even into the election season.

The markets closed down today and showed a loss for the week. (Read more below.) The markets like certainty, and they are not getting it from Janet Yellin as the reports emerge like today.

Here is a compilation of these numbers, and a reminder that things in Europe are more uncertain and now it appears that the Greeks are seeking advice from Russia’s Putin.

Global uncertainty, and a detached stock market make for highly uncertain times and somewhat implausible numbers as Zero Hedge points out below as well:

The month of May saw 92,986,000 people not participating in the workforce, according to new data released Friday by the Bureau of Labor Statistics reveals. May’s total represented slight decline compared to last month’s record, which saw 93,194,000 people outside the workforce.

The BLS defines those not in the labor force as people ages 16 and older who are neither employed nor “made specific efforts to find employment sometime during the 4-week period ending with the reference week.” The labor force participation rate came in at 62.9 percent, a slight uptick compared to April’s 62.8 percent. (Breitbart) 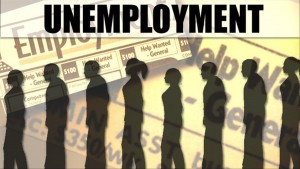 Another 72,000 workers were working part time last month because their hours were cut or they couldn’t find full-time work. The total number of involuntary part-time workers jumped to 6,652,000 in May, up from 6,580,000 in April, but well below the 7,268,000 in May 2014, according to data released Friday by the Bureau of Labor Statistics (BLS).

According to BLS, involuntary part-time workers are “persons who indicated that they would like to work full time but were working part time (1 to 34 hours) because of an economic reason, such as their hours were cut back or they were unable to find full-time jobs.” (CNS News)

“The Job Numbers Literally Do Not Add Up” – Productivity:

Payroll Stats Become Even More Implausible – Since Q1 GDP was revised lower by almost 1% that meant estimates of productivity were going to be even more out of alignment than they were at the first release. Of course, in a less massaged environment productivity might have preserved some sense if there was less rigidity from the BLS on the employment side.

In other words, when “output” estimates were reduced (and they were, by more than GDP) it would make sense that everything would be revised downward in a more cohesive process. Instead, output was reduced significantly, by 1.4%, while total hours worked was marked down by all of 0.1%. As a result, productivity is revised from a nonsensical -1.9% to an even more skeptical -3.1%. (Zero Hedge)

Greece crisis live: PM tells parliament a debt deal can be done as stocks slide and Athens looks to Moscow. Greece will have to pay €1.6bn to the IMF and €1.5bn in pensions and wages by the end of the month. (Video from the UK Telegraph) 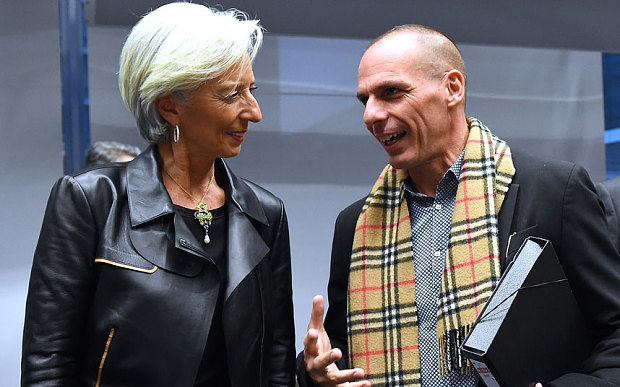 More from Zero Hedge on Greece:

Greek Banks On Verge Of Total Collapse: Bank Run Surges “Massively” As Depositors Yank €700 Million Today Alone – While the Greek government believes it may have won the battle, if not the war with Europe, the reality is that every additional day in which Athens does not have a funding backstop, be it the ECB (or the BRIC bank), is a day which brings the local banking system to total collapse.

As a reminder, Greek banks already depends on the ECB for some €80.7 billion in Emergency Liquidity Assistance which was about 60% of total deposits in the Greek financial system as of April 30. In other words, they are woefully insolvent and only the day to day generosity of the ECB prevents a roughly 40% forced “bail in” deposit haircut a la Cyprus. (Read more here.)

The British Issue from the AP:

The prospect that economic and diplomatic heavyweight Britain might leave the European Union within two years has pushed EU leaders to consider concessions to keep the country in the fold. 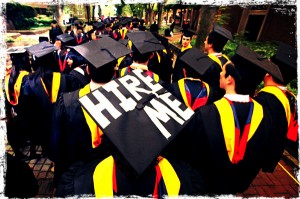 EU founding members like Germany and France are moving outside their comfort zones, surprisingly receptive to British Prime Minister David Cameron’s call for change ahead of a referendum that will allow citizens to vote on whether to stay or go before the end of 2017.

With Europe’s top priority the very real risk that Greece might fall out of the euro single currency, Cameron has found a surprisingly open ear in many capitals of the world’s biggest trading bloc.(Read more at AP)

Gross domestic product, the broadest measure of goods and services produced across the economy, fell at a seasonally adjusted annual rate of 2.9% in the first quarter, the Commerce Department said in its third reading of the data Wednesday.

That was a sharp downward revision from the previous estimate that output fell at an annual rate of 1%. It also represented the fastest rate of decline since the recession, and was the largest drop recorded since the end of World War II that wasn’t part of a recession. (Read more at the Wall Street Journal)

But the Bureau of Labor Statistics reports today:

Real gross domestic product — the value of the production of goods and services in the United States, adjusted for price changes — decreased at an annual rate of 0.7 percent in the first quarter of 2015, according to the “second” estimate released by the Bureau of Economic Analysis. In the fourth quarter, real GDP increased 2.2 percent.

The GDP estimate released today is based on more complete source data than were available for the “advance” estimate issued last month. In the advance estimate, real GDP increased 0.2 percent. With the second estimate for the first quarter, imports increased more and private inventory investment increased less than previously estimated (for more information, see “Revisions” on page 3).

The decrease in real GDP in the first quarter primarily reflected negative contributions from exports, nonresidential fixed investment, and state and local government spending that were partly offset by positive contributions from personal consumption expenditures (PCE), private inventory investment, and residential fixed investment. Imports, which are a subtraction in the calculation of GDP, increased. (Read more here at the BLS)

Jobs report provides evidence to investors, traders that economy is lifting out of first-quarter slump

Stocks fell Friday as the strong May jobs report cemented expectations that the Fed will begin raising borrowing costs this fall, capping a volatile few days for stocks that leaves major benchmarks slightly lower for the week.

Traders and investors said the May jobs report offered evidence that the U.S. economy was pulling itself out of its first-quarter slump. While a firming economy is usually a good backdrop for stocks, investors say the hiring pickup keeps the Federal Reserve on track to start raising short-term interest rates as soon as September, potentially boosting borrowing costs for businesses and consumers alike.

Stocks spent the Friday session swinging between gains and losses before settling with a modest decline. The Dow Jones Industrial Average lost 56.12, or 0.3%, to 17849.46, bouncing back from an loss of as much as 83 points earlier in the session. 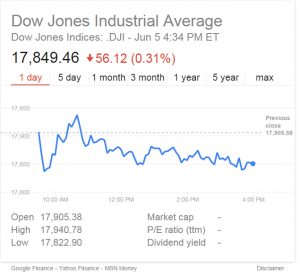 Major stock benchmarks have pulled back in recent sessions from record highs reached just last month, weighed down by a cocktail of uneven economic data, murkiness over the Fed’s course of action and lofty valuations. The Dow is off 2.5% from its high reached May 19. The S&P 500 is down 1.8% from its May 21 high.

“For the economy, the bottom line is that [the jobs data] is a good number,” said Brent Schutte, senior investment strategist at BMO Global Asset Management, which oversees $249 billion. But he added:

“To the extent that it brings people closer to believing that the Fed will raise rates in September, it will be near-term hit to the equity markets and the bond markets.”

The solid jobs report sparked sharper selloff in the bond market, lifting the yield on the benchmark 10-year Treasury note to an eight-month high of 2.402%, from 2.309% on Thursday. It is the highest closing level since Oct. 6. Bond prices fall as their yields rise.

For the week, the yield climbed by 0.305 percentage point, the biggest weekly rise since June 2013 when the bond market was rattled by the “taper tantrum,” or fears over reduced bond buying from the Fed.

The bond market has sold off since late April after a strong run-up in price over the past year. Many investors are recasting their portfolio as they believe the rise in bond yields reflect an improving economic and inflation outlook in the U.S. and the eurozone. (Read the rest here at the Wall Street Journal.)